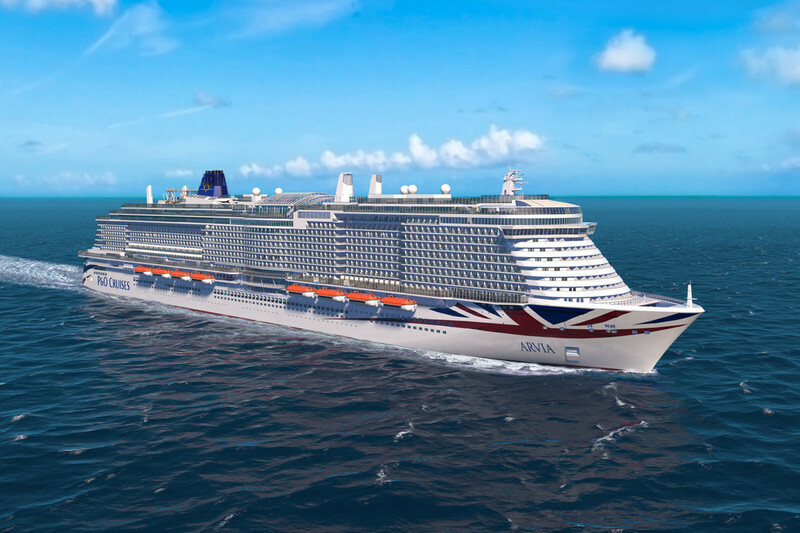 Celebrating the countdown to its new ship, the Arvia, P&O Cruises has new offers available. According to a press release, the sale includes a saver price from £849 per person for an inside cabin.

Currently under construction in Germany, the Arvia is set to sail on its maiden cruise to the Canary Islands in 60 days’ time, on December 9, 2022.

The 14-night cruise will leave from and return to Southampton and will visit six destinations in Spain, Portugal and the Canary Islands, including: Madeira, Tenerife, Gran Canaria, Lanzarote, Cádiz and Lisbon.

Guests can expect a host of festivities throughout the fortnight from a sail away party on deck and appearances and performances from special guests, P&O said in the press release.

Each guest will also receive a commemorative gift in their cabin and will be among the first to try out Arvia’s new entertainment, relaxation and dining experiences.

Shore experiences and drinks can also be pre-purchased in pounds avoiding any currency exchange fluctuations.

According to P&O, the Arvia was designed to bring guests even closer to the sea, sky and shore, reflecting its name meaning ‘from the seashore.’

A sister to the 2020-built Iona, the vessel will feature the company’s first-ever retractable roof SkyDome, in addition to new dining options. The venues will reflect the ports on its itineraries, including Caribbean dishes designed by Local Food Hero, Shivi Ramoutar and a Mediterranean-inspired menu from José Pizarro.

Arvia will also offer entirely new dining experiences, including Green & Co feat. Mizuhana which will have a plant-led menu reflecting the latest trends in vegan, vegetarian and flexitarian dining.

6th Street Diner will give guests an all-American dining option, complete with music and cocktails.

Entertainment will provide guests with a multitude of options day or night, with exclusive new stage show, Greatest Days – The Official Take That Musical brought to life by a cast from the Headliners Theatre Company.

WaveLength will also be a new addition to Arvia as a new interactive gameshow, virtually starring presenter and game show host Ben Shephard.

The new Altitude activity zone will feature activities for guests of all ages, from minigolf, an aqua zone at Splash Valley and P&O Cruises first ever high-ropes experience.