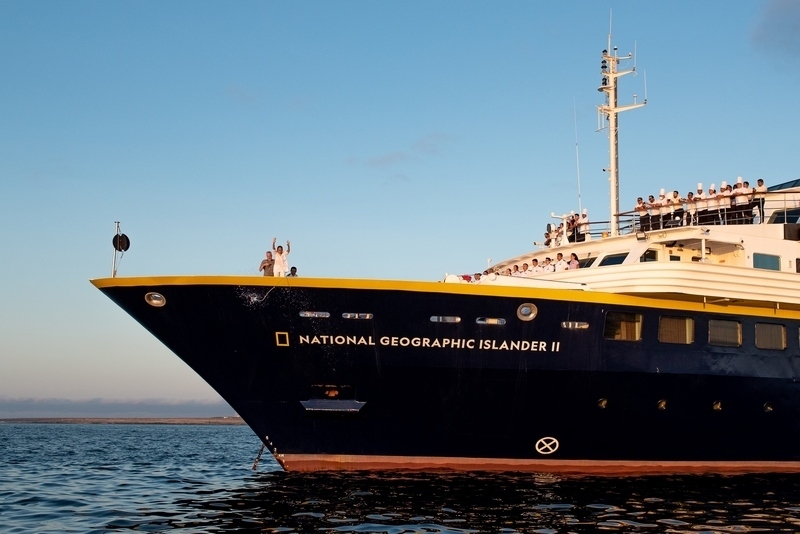 Lindblad Expeditions has officially named their National Geographic Islander II this week in the Galápagos Islands, according to a press release.

“As the pioneers in Galápagos tourism, our expertise and commitment to genuine engagement with this region’s natural wonders provide our guests with extraordinary, life-changing experiences, and a lifelong passion to protect these incredible and fragile environments,” said Sven-Olof Lindblad, founder and co-chair of the board, Lindblad.

Lindblad went on to say that he was especially excited to be hosting local marine scientists from the Charles Darwin Foundation and the Galápagos National Park Directorate on this voyage, which was organized in collaboration with the National Geographic Society’s Exploration Technology Lab. The research team is continuing a deep-sea monitoring campaign in the Galápagos Marine Reserve to evaluate the biodiversity and distribution of organisms and habitats in the region.

The most recent exploration campaign, conducted in 2019, discovered two apex predator shark species previously unknown to the Galápagos Marine Reserve. This year, the team will revisit the sites where key observations were made during the pilot study, as well as explore new sites in search of yet-unknown species.

The National Geographic Islander ll further includes a science hub, which is outfitted with the capability of underway oceanographic sensoring, an interactive video display, lab benches, and seating for guests to observe this work. On each voyage, two suites are dedicated to conservation and community, and they are reserved for Galápagos community members, local and international researchers, educators, storytellers, and other experts.