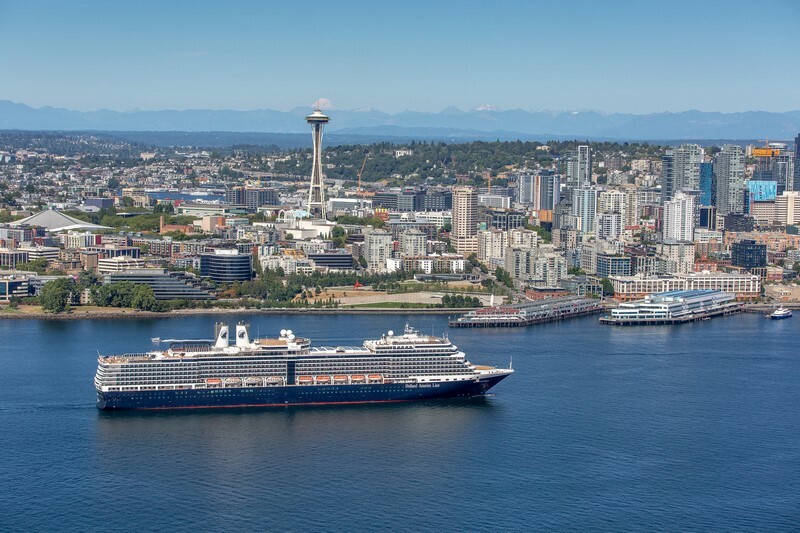 According to a press release, the season in the destination came to an end on Oct. 6, with the Eurodam and the Koningsdam completing final port visits at Ketchikan before heading to Seattle, Washington, and Vancouver, British Columbia, Canada, respectively.

“As this successful season winds down, we’re pleased to see growing interest in Alaska 2023,” said Gus Antorcha, president, Holland America Line. “Alaska is a bucket-list destination and people are excited to travel more. We’re seeing bookings well above levels from similar periods in the seasons prior to the industry pause.”

To mark the occasion, the cruise line launched the “Love Letters to Alaska” contest, as well as new “Alaska Up Close” shipboard programming, a “We Love Alaska” marketing campaign, and two new partnerships that celebrate the brand’s commitment to serving sustainable Alaska seafood.

“Holland America Line’s 75th Anniversary in Alaska got off to an incredible start with Koningsdam as the first ship back in Canada in more than two years, and we kept building momentum with new immersive programming, partnerships that focused sustainability and more,” added Antorcha.

“No other cruise line can deliver Alaska like Holland America Line, and this season we focused all of our expertise and passion on giving guests a memorable Alaska experience that touched all elements of their vacation, from enrichment to culinary to shoreside tours,” he added.

At the start of the season on April 8, the Koningsdam became the first cruise ship to return to Canada in over two years with a call at Victoria, British Columbia, Canada.

The ship’s call marked 905 days since a cruise ship had visited the port, and it also was a maiden call for the 2016-built vessel. The next day the Koningsdam arrived at Vancouver for the start of its Alaska season.

During the 2022 season, Holland America launched its “Alaska Up Close” program that, according to the company, immerses guests on Alaska cruises in the local culture with authentic onboard programming, cruise activities and award-winning shore excursions.

During the course of the season, it became the first cruise line to achieve this credential by serving only fresh, certified sustainable and traceable wild Alaska seafood, the company said.

As part of the celebration of its 75 years of Alaska exploration, Holland America also added a “We Love Alaska” logo below the bridge of all of its six ships sailing in the destination.

According to the press release, the campaign was conceived as a way to show the locals its devotion to the region.