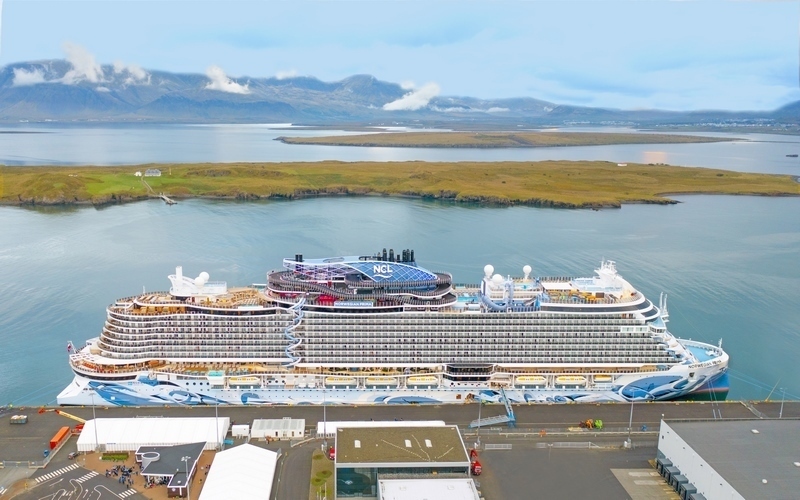 The new Norwegian Prima is helping to reimagine the cruise industry, according to Harry Sommer, president of Norwegian Cruise Line, speaking on the ship in New York City on Thursday.

“When we sat down in 2017 to decide what we wanted the next class of ship to be, we surveyed the universe and started primarily with what NCL (Norwegian Cruise Line) had in its offering at the time,” he said.

“We thought there was a gap as we had nothing between the Jewel class at 2,400 and the Epic, Breakaway- and Breakaway-plus class ships. We thought this would be a perfect thing to fill out our portfolio,” Sommer said, noting the Prima was “97 percent perfect” and the company would make some small adjustments on the Viva when it debuts in 2023.

Of note, Sommer pointed to the largest bathrooms the company has ever put in its staterooms and the largest balcony cabins as well.

“Different ship class sizes can go to different ports. There are different customers in our base and we appeal to a wide range of guests … we also wanted to reimagine the cruise industry.”

Thus, working with President and CEO of Norwegian Cruise Line Holdings Frank Del Rio, the idea was to build a ship that didn’t look like a cruise ship, but was more similar to a high-end hotel.

“Part of that required us not to have those larger spaces, so we have smaller intimate spaces. There are no venues where you are with 500 or 600 people,” Sommer said.

“It was a little bit of a risk as all our competition keeps going bigger and bigger. That is okay and there is a market for that too, but we did not want to create something that looked like a large indoor shopping mall.”

With the Norwegian Prima entering service in 2022, the Viva follows in 2023 and four more sister vessels are on order for Norwegian Cruise Line at Fincantieri through 2027.