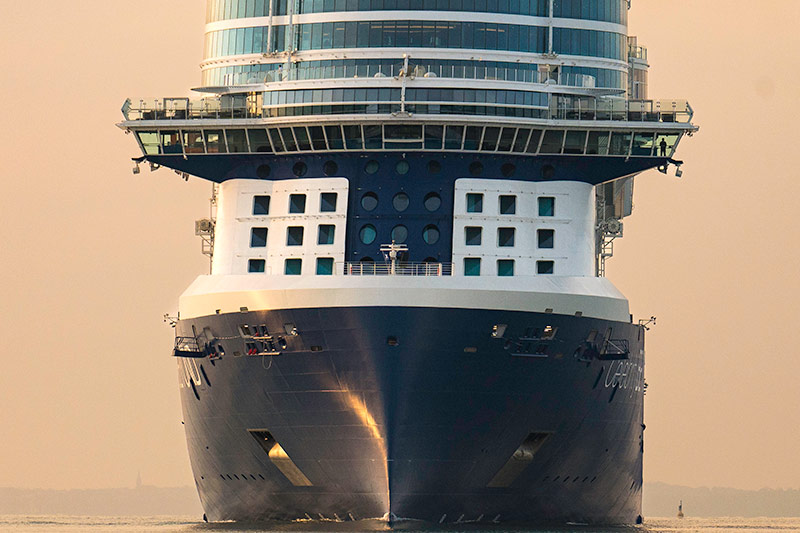 The video of a sea turtle with a drinking straw stuck in its nose did what no amount of environmental science could. The emotional struggle to get the piece of plastic from the reptile’s nostril spelled the end for most single-use plastics.

Nick Rose, Royal Caribbean Group’s associate vice president of environmental stewardship, pointed to the video as an environmental marketing success. It’s also an operational failure if the answer is to replace straws with sippy-cup lids that use 50 percent more plastic.

“I think people now realize, Look, let’s not try to move as fast as we have to right now. Let’s look at the totality of it,” Rose said.

Rushing into alternative low-carbon fuels could have an impact well outside the engine room. What’s the offset if less carbon comes from the smokestack but more comes from a fleet of supply trucks? What’s the end user’s responsibility if a leaky pipeline poisons groundwater and farmland along the way?

“What if that has an impact on food sourcing or cattle prices, because now corn’s selling to a gas market and not for food, right? The totality of it: from a scope one, a scope two, and a scope three, land-use impact, economic impact, food deprivation, like all this stuff,” Rose said. “That’s what people are trying to realize now is that, yes, we want to move fast but we don’t want to move toward something more harmful than what we’re moving from. That’s where I think IMO sometimes gets a bad rap for being slow. The approach they’re trying to take is logical.”

And cruise ships are a tiny, if obvious, part of the global carbon problem.

“One of our former brand CEOs told me we’re floating billboards and we’re parked in the middle of downtown. So of course, people are going to see us, and people are going to expect more of us,” he said. “Unfortunately, the rest of the world didn’t want to go down that route because they didn’t want to become part of the discussion, versus how do we go to zero, or from 100 percent carbon to zero carbon overnight. It’s like, well you can’t, you need money. You need funding. You need some of the economic drivers to go along.”

Royal Caribbean is exploring every possible drop-in fuel for its current 60-plus vessel fleet. Replacing engines to LNG would be both economically and, ultimately, environmentally disastrous.

“Whether it’s methanol or ammonia or hydrogen, whatever it is,” Rose said. “There might be some modifications you have to make with timing and cylinder heads and injection timing. That is part of what we have to do, but we’re doing it methodically so that we’re bringing along engine manufacturers. We’re bringing along ports and transportation modes so that all of us understand what the impacts of that new fuel source is. And then we can use it appropriately. We do have vessels that will have to come along with us.”

The problem is far more complex than a straw in a turtle’s nose. A perfect solution will benefit people, the planet, and be profitable. There’s also the reality that biofuels are far more corrosive to metal than fossil fuels, he said.

“We’re pretty well dialed in with getting every ounce of energy out of that drop of heavy fuel. But now you’re asking me to change a fuel source. Now I have to go back into the same thing that I’ve done and make sure that I can get the most energy out of that single fuel source, making sure that that fuel source doesn’t have an upstream impact and making sure it doesn’t have a downstream impact on damaging the engine,” he said.

Any new fuel source would depend on availability. One solution would be to refine biofuels directly in the port. Shared among 10 or more ships, a plant that turned waste into fuel could be environmentally and financially viable, he said. Likewise, there’s a chance at some point in the future that each ship could have some waste-to-fuel refining capacity onboard, Rose said.