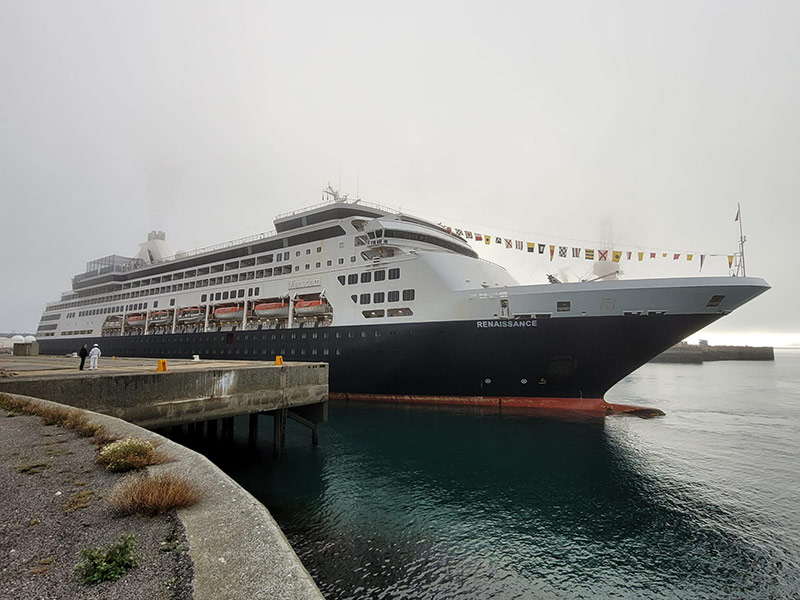 After leaving Greece in late September, the Renaissance recently arrived in France for its conversion into the first cruise ship for new French start up Compagnie Française de Croisières (CFC).

Acquired by the cruise line in August, the former Maasdam is now set to undergo a multi-million-euro renovation at the Damen Brest shipyard before debuting in early 2023.

“Compagnie Française de Croisières is happy that the Renaissance renovation yard is in France. Renowned for the quality and efficiency of its teams, Damen Brest benefits from a long-recognized experience in the renovation and maintenance of cruise ships,” said the company in a press release.

According to CFC, the refit will include the hotel department and also technical aspects.

In addition to renovation of public spaces, cabins and suites, the 1,258-guest ship will see sandblasting, followed by treatment and painting of its entire hull and the superstructure.

It will also be adapted to the latest safety and environmental standards, with changes that include the conversion of its scrubber from an open- to a closed-loop system, which will avoid discharges at sea.

Set to debut in February 2023, the Renaissance will offer cruises for the French market.

Aiming at the premium market niche, the vessel will sail year-round from the ports of Marseille and Le Havre for Mediterranean, Northern Europe and Atlantic cruises.

Most itineraries range between ten and 15 nights, with a handful of shorter sailings and a world cruise leaving in early 2024. The 120-night voyage sets sail in January and focuses on the African continent.

On the overall, the inaugural program includes visits to more than 150 ports of call in 54 countries.

Previously operated by Holland America Line, the ex-Maasdam spent the last two years docked in Greece after being acquired by Seajets during the pandemic.

Part of a series of ships known as the S-Class, the 55,000-ton vessel was built in Italy and originally debuted in 1993.