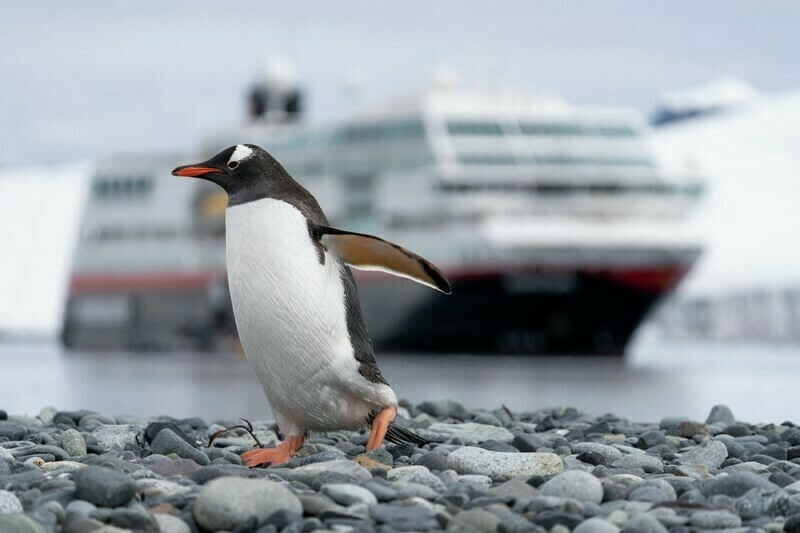 For the first time, members of the International Association of Antarctica Tour Operators (IAATO) will submit seasonal fuel consumption data.

According to a press release, the initiative is part of the association’s pledge to create a climate change strategy for Antarctic tourism.

The fuel data submission, which will include vessels 9cruise ships) of all sizes, aircraft, and accessory vehicles, will be used within the tourism association to understand the greenhouse gas footprint the operations in Antarctica, IAATO said.

The results will then be used internally as the basis to monitor and refine emission reduction targets the IAATO membership has collectively agreed to make, it added.

While individual operators are expected and encouraged to go further in their own targets, IAATO operators have also unanimously pledged to track the International Maritime Organization (IMO) target of at least 50 percent emissions reductions by 2050 compared with 2008 and global goals of net zero before 2050.

This, explained the association, accompanied by an agreement by each member to build their own climate strategy and set their own emission reduction targets, is the start of a collective push to account for and reduce IAATO-Operator emissions.

“Ultimately, we seek to go much further towards net positive impact, but the current challenge in shipping and aviation is that we don’t yet know what future fuels and technologies will be available to us,” said Pam Le Noury, Chair of IAATO’s Climate Change Committee.

“This latest commitment by our Operators to submit their fuel data to the IAATO Secretariat for analysis, means that once we have acceleration in the development of sustainable fuels and other technologies, we will be in a strong position to act to reduce emissions further,” she added.

According to IAATO, at its annual meeting, members have open and candid discussions on safety, environmental protection, and self-management with decision-making supported by recommendations developed by the association’s ten dedicated committees and eight working groups.

The meeting concludes annually with the voting in of new commitments and policies on best practice which support the association’s mission.

The pledge was shared with the Antarctic Treaty Consultative Meeting in June, where IAATO is an invited expert.

“One of IAATO’s strengths is the ability of its diverse membership to take collective action, often over and above what is required by global regulators. Our members remain agile in response to emerging technologies and global recommendations surrounding climate change and are committed to taking powerful steps to act for Antarctica.”