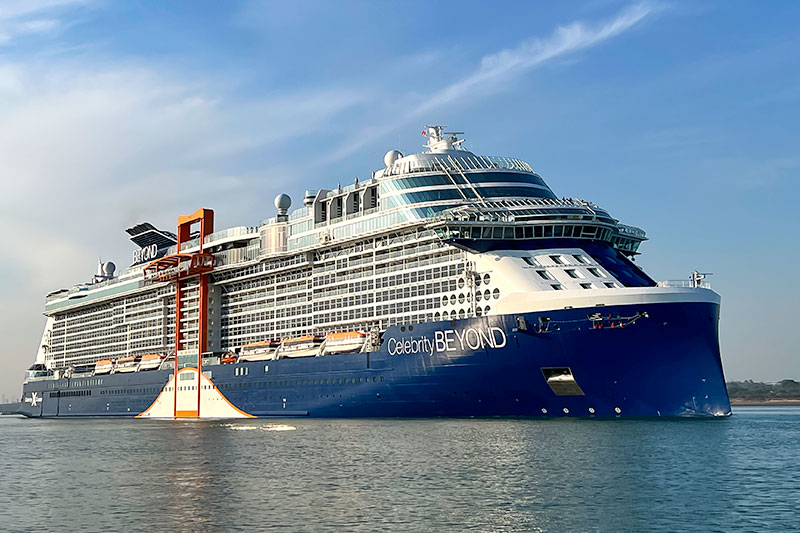 The new Celebrity Beyond is set to head to the North American market soon and has debuted new features such as the travel-inspired Le Voyage restaurant and the redesigned Sunset Bar.

As the third ship in the Celebrity Cruises’ Edge-class series, the vessel also brings back most of the cool and unique amenities of its sister ships, the Celebrity Edge and Celebrity Apex 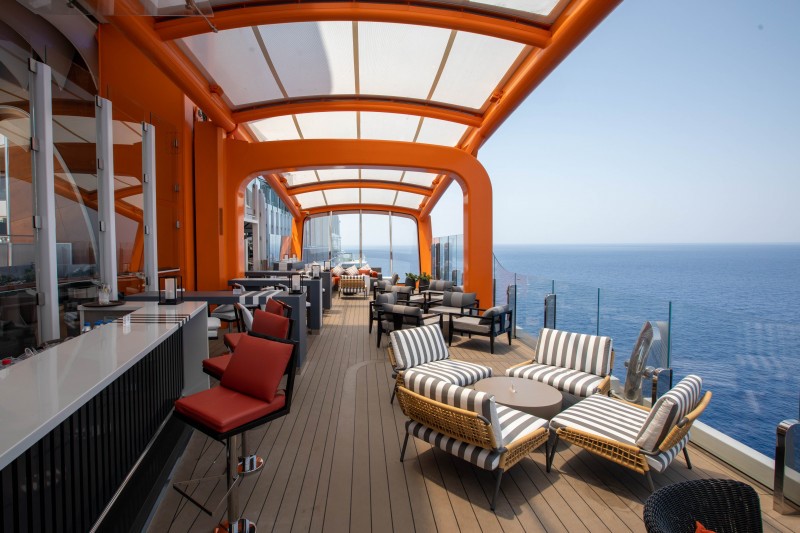 The highlight of the ship’s outward-facing vision, the Magic Carpet is a key onboard the Celebrity Beyond. The cantilevered, floating platform reaches heights of 13 stories above sea level and assumes different functions depending on the deck where it’s located.

On the Deck 2, for instance, it becomes an extension of the Destination Gateway, a new area described by Celebrity as a luxury embarkation station for tender boats. On different decks, the platform also acts as a lounge, a restaurant and an extension of the ship’s pool area. 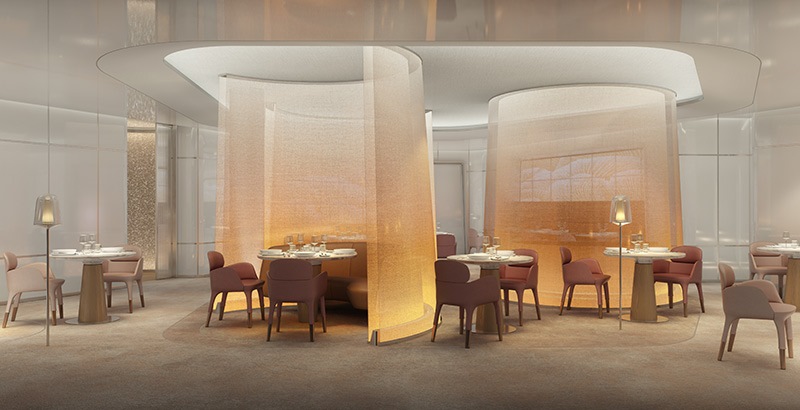 A 50-seat venue, the eatery was created in partnership with the French chef Daniel Boulud and takes inspiration from travel to create global flavors. According to Celebrity, the dishes served here are designed to “transport guests to the very places that inspire the Michelin-rated chef.” 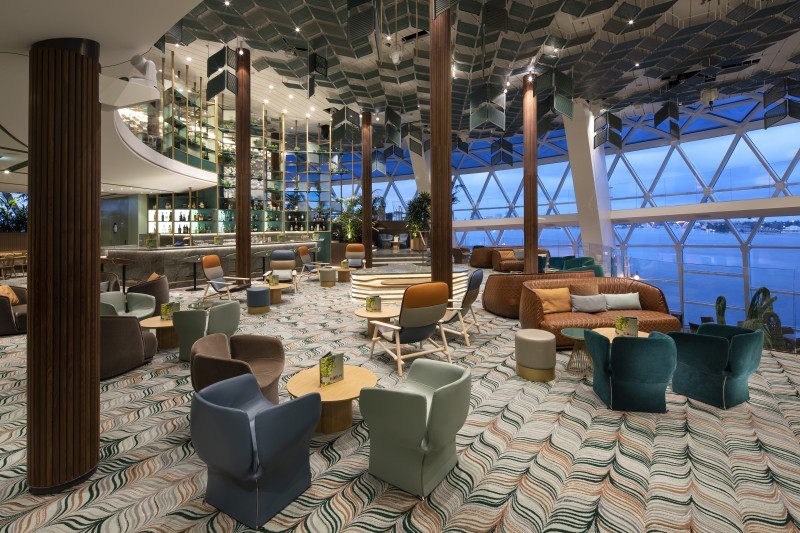 One of the most unique features of Edge-Class, Eden is a three-level, mixed-use public area located at the aft of the Celebrity Beyond.

According to Celebrity Cruises, with its own specialty restaurant, bar and event space, the area was designed to promote “sensory experiences completely wrapped in more than 7,000 sq. ft. of glass.”

In addition to three stories of windows that look out to the ocean, Eden also features two areas of al fresco seating on both sides of the ship. 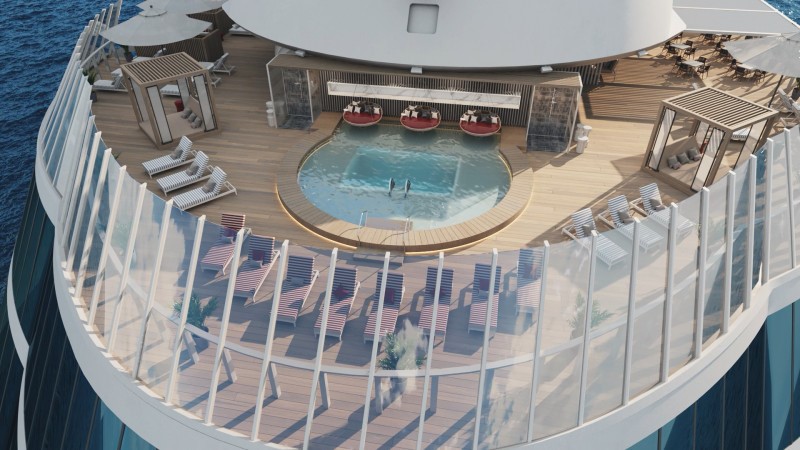 Building on the ship-within-a-ship concept, The Retreat features a huge private space for suite guests with exclusive restaurant, lounge, and sundeck.

On the Beyond, the area gained a new two-level Retreat Sundeck that offers secluded cabanas, chic seating, water features and more.

Luminae at The Retreat, the private restaurant was also redesigned with new panoramic floor-to-ceiling windows facing the front of the ship. 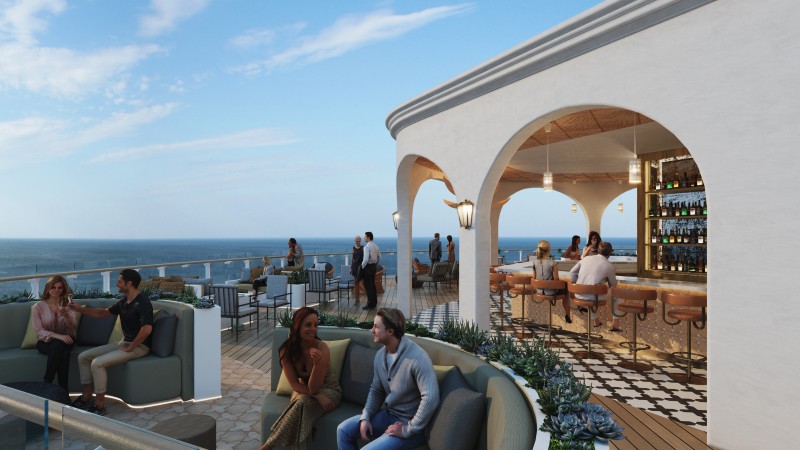