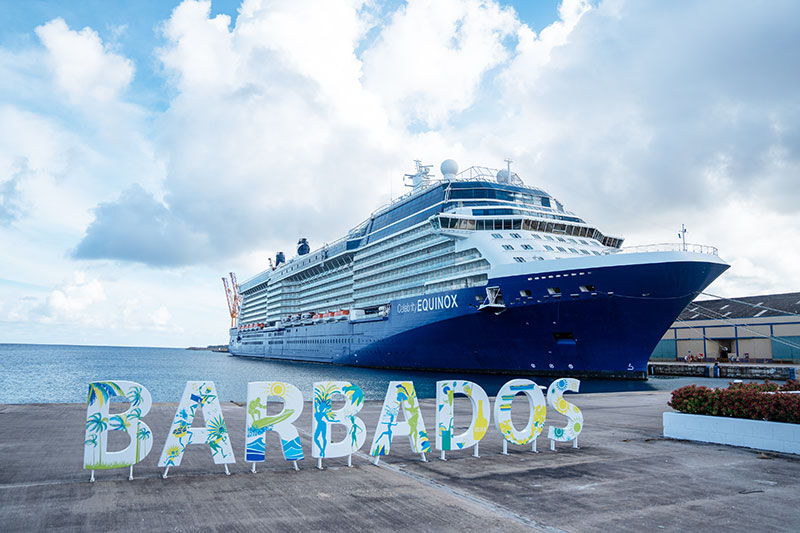 Barbados has kicked off its 2022-2023 winter cruise season with the arrival of the Celebrity Equinox.

While the season will only officially begin on October 15, the Celebrity Cruises vessel made two calls at the Port of Bridgetown between September and October.

Before the official launch, the upcoming winter program is also set to mark the debut of two vessels, the MSC Meraviglia and the Seabourn Venture.

Sailing from Europe to the United States, the MSC Cruises vessel will make its inaugural Barbados call during a transatlantic crossing. The 21-night itinerary started in Italy and includes a visit to Bridgetown on October 7.

The Seabourn vessel, meanwhile, arrives on October 12 for a 14-night cruise to Peru. As the company’s first purpose-built expedition vessel, the Venture entered service this July.

In addition of being a popular cruise destination, Barbados also serves as a homeport for several cruise lines.

The largest and newest ship homeported in Barbados this season, the 5,200-guest Arvia is set to arrive in late January.

Offering cruises to the Southern and Eastern Caribbean for the British market, the new P&O Cruises vessel will depart from Bridgetown twice a month through mid-March.

After adding Barbados as a homeport in 2021, Royal Caribbean International is returning for a second season in 2022-2023.

Sailing from Bridgetown for the first time, the Rhapsody of the Seas will offer a series of five- and 14-night cruises to destinations that include Tobago, Bonaire, Martinique, St. Lucia, Colombia and more. The operation runs between late November and late April.

Another highlight of the season is the debut of Ritz-Carlton Yacht Collection.

After launching service in October in Europe, the Evrima – the luxury brand’s first ever vessel – is set to make nine homeport visits to Barbados between November and March.