A Look at the Itineraries of Norwegian Prima’s U.S. Season 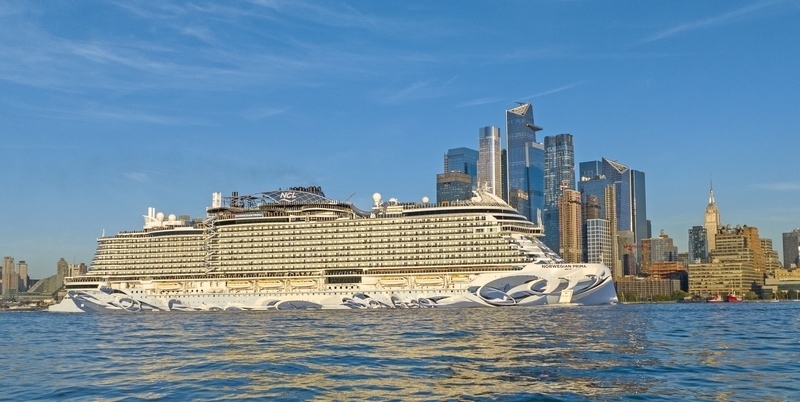 After arriving in New York City from Europe earlier this month, the new Norwegian Prima has launched its first U.S.-based season.

Sailing from four different ports for the 2022-2023 season, the 3,215-guest vessel is set to offer  itineraries to the Caribbean, the Bahamas and Bermuda.

Cruise Industry News took a closer look at some of the program’s most interesting departures:

On October 15, the Norwegian Prima departed New York City on one of the longest cruises of its inaugural season. A repositioning voyage, the 12-night itinerary sails to Galveston and includes visits to five different ports in the Caribbean.

Among the highlights are calls in three popular Southern Caribbean ports: Aruba, Curaçao and Bonaire. For the first time in the region, the Prima also visits to Puerto Plata and Cozumel during the one-way voyage.

The Norwegian Prima will be based in Miami between late November and early December. In total, the vessel is set to sail just three revenue voyages from the company’s Miami terminal.

Cruising to the Western Caribbean, the seven-night itineraries feature visits to different ports in Mexico, Belize and Honduras including Cozumel, Costa Maya, Roatán and Harvest Caye – Norwegian’s private destination in the region.

Upon arriving in Port Canaveral in December, the Norwegian Prima is set to offer a five-night cruise. As the only short voyage available on the ship’s inaugural Caribbean program, the itinerary sails to Mexico.

In addition to two days at sea, the itinerary features visits to Costa Maya and Cozumel – where the ship is set to spend over ten hours docked.

For its first New Year’s cruise, the Norwegian Prima is offering a special nine-night itinerary to the Western Caribbean. The holiday sailing departs from Port Canaveral on December 30 and features stops in Mexico, Belize, Grand Cayman, Jamaica and the Bahamas.

After spending the New Year’s Eve on the high seas, the vessel is set to visit Cozumel during the first day of 2023. Continuing the itinerary, the Prima also sails to Harvest Caye, Costa Maya, George Town, Ocho Rios and Great Stirrup Cay before returning to Port Canaveral on January 8.

Concluding its first U.S.-based program, the Norwegian Prima is set to offer cruises departing from New York City between late March and early May.

Most of the departures offer a week-long Bermuda cruise. Sailing from the Manhattan Cruise Terminal, the itineraries feature a three-day stop at King’s Wharf – the island main port for large cruise ships.