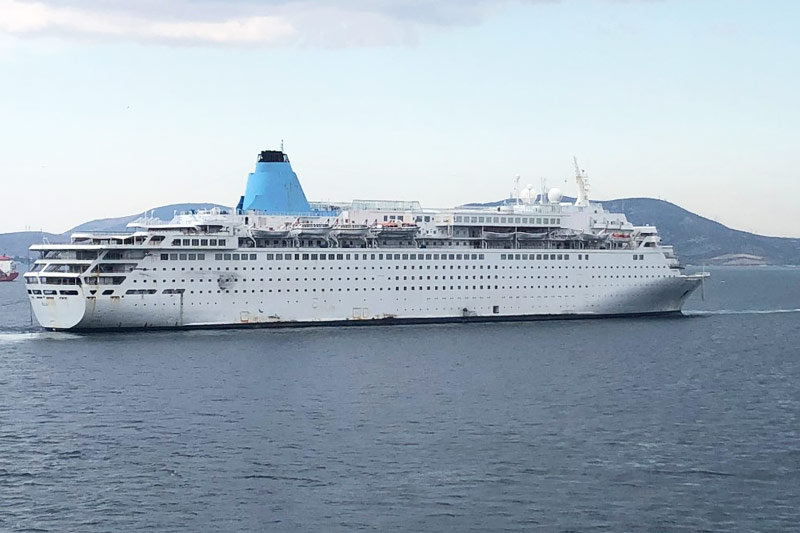 Another classic cruise ship is being scrapped in Turkey. After two years of being laid up in Greece, the former Marella Dream was recently beached at the Aliaga Ship Breaking Yard.

The 1986-built vessel will now be dismantled, with its building materials, fixtures, engines and systems being removed for recycling or repurposing.

Last operated by Marella Cruises, the ship was retired by the brand during the early stages of the COVID-19 pandemic.

At the time, the British cruise line said it was advancing plans to dispose of its vessel due to pandemic-related travel restrictions.

With a colorful sailing career, the Dream spent a total ten years sailing for Marella in destinations such as the Mediterranean, the Caribbean and the Canary Islands.

After entering service for its original owners in 1986, it was sold to Holland America Line just two years later.

Renamed Westerdam, it also became one of the first cruise ships to be lengthened, gaining a new 40-meter hull section in 1990.

In 2002, the 1,506-guest vessel was transferred to Costa Cruises after another significant refit, becoming the Costa Europa.

Before being acquired by Thomson Cruises, which would become Marella in 2017, the vessel sailed for the Italian brand until 2010.

Also retired during the pandemic, the former Marella Celebration remains laid-up in Greece. Like the Marella Dream, the 1984-built vessel spent the last few years anchored at the Elefsis Bay.

A third cruise ship, Pullmantur’s former Horizon, also remains at the Greek anchorage area. The 1990-built vessel arrived at the location in August 2020, weeks after its former operator filed for insolvency.