Brand New Cruise Ship To Be Auctioned Off 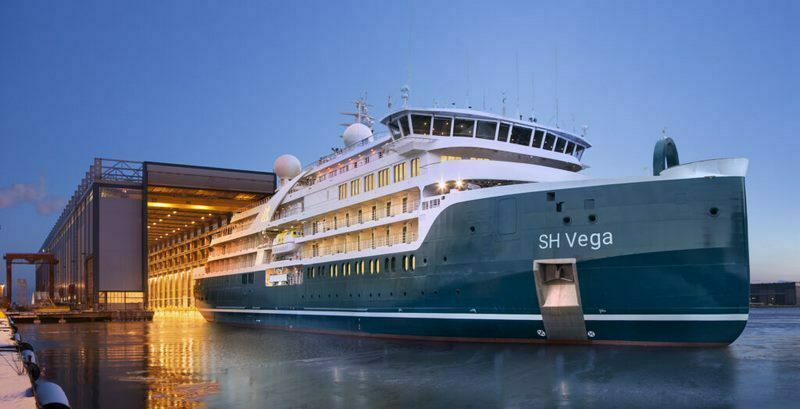 The Helsinki Shipyard is inviting tenders for the sale of the SH Vega.

Originally ordered for Swan Hellenic, the 10,000-ton expedition vessel is in final stages of construction at the Finnish shipbuilder.

According to an announcement published on the shipyard’s website on June 13, the vessel, which is being referred to by its construction name Hull 517, will be delivered to the highest bidder on July 19.

“Helsinki Shipyard Oy seeks to obtain the best fair market value for the vessel and reserves the right to reject any and all bids,” the shipyard said in the statement.

The vessel is also said to offered for sale “as is, where is,” without representation, warranty, or guaranty as to quantity, quality, title, character, condition, size, or kind, or that the same is in condition or fit to be used for the purpose for which intended.

A sister to the SH Minerva, the 152-guest ship was supposed to enter service for Swan Hellenic in July.

According to the Helsinki Shipyard, the expedition vessel was designed with a strong focus on polar areas and features a PC5 Ice Class notation.

It was built under the survey of Lloyd’s Register EMEA and completed sea trials in late May.

The tender process is taking place online, with biddings being submitted via email. The last date for submission of applications is June 24, with the winner set to be revealed on July 1.

Bidders are welcome to inspect the vessel to be sold prior to submitting a bid, the Helsinki Shipyard said.

After suffering with sanctions related to the Russia – Ukraine war, Swan Hellenic had revealed plans to acquire the vessel in May.

In a statement sent to Cruise Industry News, the operator said it had exercised an option to purchase the ship from a Russian leasing company on March 31.

The 2021-built SH Minerva, which is currently laid up in Uruguay, was also said to be in the process of being acquired.

“The legal procedure of transferring full ownership of the vessels to Swan Hellenic are now at an advanced stage and due to be completed soon,” the company said at the time.