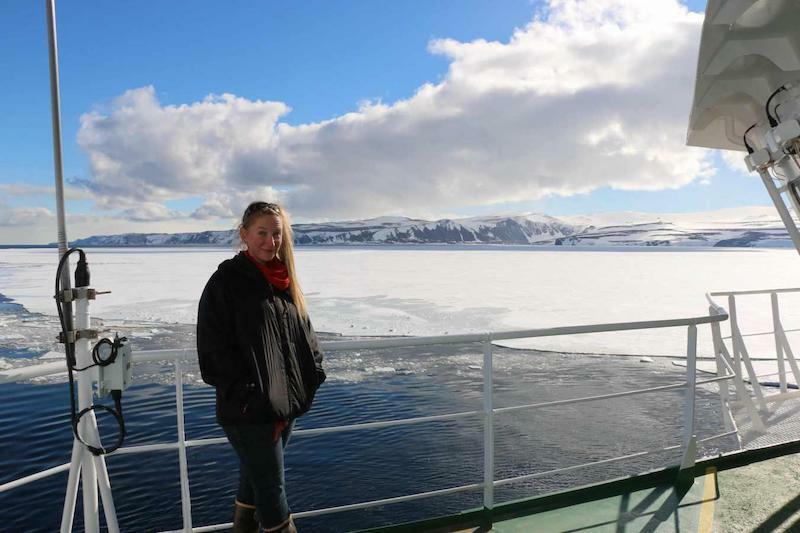 American Queen Voyages has announced a partnership with the director of the Sound Science Research Collective, Dr. Michelle Fournet, for the inaugural Alaska expedition season of the Ocean Victory.

According to a press release, the acoustic ecologist is a leading expert in the communication of North Pacific humpback whales. Fournet was profiled along with her Sound Science Research Collective team in the documentary “Fathom,” now streaming on AppleTV+.

As part of the partnership, Fournet and the Sound Science Research Collective will collaborate with the American Queen Voyages expedition team and California Polytechnic State University researchers as the Ocean Victory becomes an extension of their research lab.

Sound Science Collective hydrophones will be used onboard Zodiacs to listen to the voices of Alaska’s whales in real-time. Guests will also learn and participate in whale tracking through fluke identification by uploading their own photos from the vessel to a scientific database following their seasonal movements.

“‘Fathom’ has brought so much attention to the sophisticated communication of humpback whales and we look forward to working with American Queen Voyages to share that research with guests,” explained Fournet. “Alaska is unlike any other place on earth, and spending time there is unique in that you’re able to peer right into the wilderness of the oceans while under the shadow of the mountains. There is no better way than on a boat to have that up close experience.”

As behavioral ecologists that focus on acoustics, Fournet (pictured) and the Sound Science Research Collective team use underwater sound to understand how marine mammals like North Pacific Humpback whales communicate and interpret the world.

According to the press release, Fournet will sail on the May 6 maiden voyage of the Ocean Victory from Vancouver to Sitka as she travels into the field for the summer. Fellow Sound Science Collective scientist, Andy Rogan, will join the June 17 voyage and Natalie Mastick will sail June 27 from Sitka to Vancouver.

The cruise line said that guests will be active contributors to their research throughout the season as they learn from these scientists while onboard, with a rich itinerary that includes a series of enriching lectures and thrilling expedition activities.

“At American Queen Voyages, we strive to deliver extraordinary experiences for our guests and this partnership with Michelle and the Sound Science Research Collective team will offer unique encounter travel experiences,” shares Shawn Bierdz, chief operating officer, American Queen Voyages. “I look forward to welcoming the team onboard and seeing our guests learn first-hand from the world’s leading researchers directly in the field.”

The Sound Science Research Collective is a marine conservation non-profit dedicated to excellence in research and is comprised of bio-acousticians and ecologists from throughout the United States. In addition to Fournet’s work as director of Sound Science., she completed her doctorate in Wildlife Science and MS in Marine Resource Management from Oregon State University (OSU) and recently completed a four-year postdoctoral research assistantship with Cornell University.

Her research is based on acoustic ecology, using sound to investigate questions of ecological importance, American Queen said. This includes “investigating how marine organisms use sound to facilitate vital life functions, investigating the potential impact of noise on marine species, and how sound can be used as an indicator of ecosystem health.”

She is particularly interested in using bioacoustics as a tool to further conservation and to assess species’ resilience to a rapidly changing ocean, according to the press release.

Created for intimate access with an innovative X-Bow design, the American Queen Voyages Ocean Victory accommodates only 186 guests and will sail 12 and 13-day journeys through the less-traveled regions of Alaska led by a seasoned expedition team. Guests will explore Alaska up close by deploying kayaks and zodiacs with expedition guides, viewing wildlife from observation platforms, witnessing marine research by California Polytech University students in real-time and having discussions with First Nation leaders.

Sailings are available from May through September 2022.