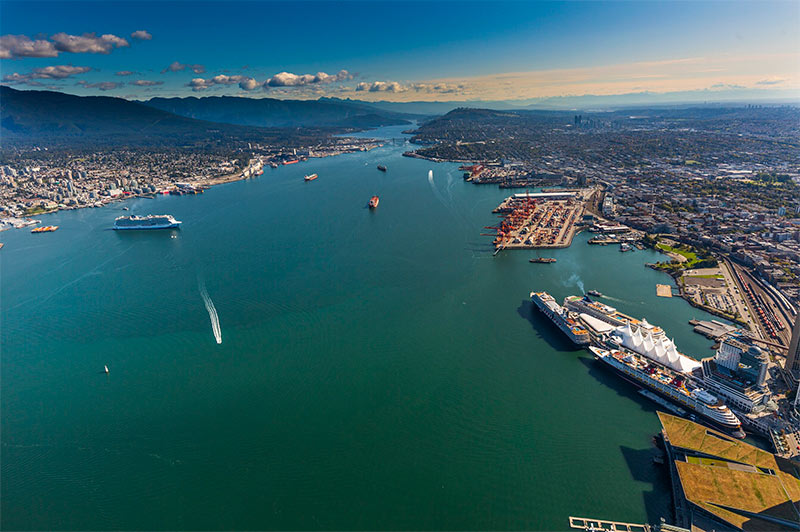 “We are preparing for another record year in Vancouver,” Mandy Chan, manager of cruise services for the Port of Vancouver, told Cruise Industry News. “We have about 325 calls scheduled of which approximately 90 percent are homeport calls. This could mean 1.3 million passengers.

Starting in April, the 2022 season will run through October.

Among 22 ships that will be calling at Vancouver for the first time will be Holland America Line’s Koningsdam.

Celebrity has already announced it will have two ships in Vancouver in 2023.

Chan said that work is now underway on infrastructure updates at Canada Place.

“When Transport Canada announced in mid-July that we were going to open up again in 2022, that was a very good signal and allowed our organization to start getting the terminals ready again,” she said.

“Right now, we are doing a of lot of work on the infrastructure. We are replacing some of our old bollards in order to handle bigger vessels. The piles under the docks are also being upgraded with cathodic wrappings around them.

“We are also just about to remove a wall in the terminal to create more footprint for our passengers inside.”

An increase in three-ship days and more ships using the north berth also means work along the breezeway, Chan said, to widen the glass doorways to provide more flexibility moving the gangways to the ships.

The Vancouver Fraser Port Authority has been working with the Association of Canadian Port Authorities and with the province on the cruise restart. “Our tourism partners are very supportive for cruising to come back to British Columbia,” Chan noted.

Back in October 2020, the port authority also became engaged in a coalition of Vancouver cruise stakeholders, working to ensure that the passengers’ end-to-end journey would be safe and enjoyable. “We only suspended that work in May when it was announced that the 2021 season would be deferred. That work was extremely useful and powerful for alignment. Included in that effort were the port authority, the airport authority, hotel associations, Destination Vancouver, Destination British Columbia, restaurants, shuttle bus companies and others looking at the journey from end to end in our community.”

As for moving to a more touchless check-in, Chan said that many of the touchless features have already been built into the cruise line processes.

“As a port authority we are encouraging automated processing of passengers. The silver lining here is that it has given us all an opportunity to find ways to improve the processes moving from an analog to a more digital reality.

“That is the good news, and I believe we have opportunities ahead of us to implement improvements to the passenger flow on and off the ships, enhancing their experience and creating a safe and healthy environment.”

In addition to Canada Place, the long-term plan also calls for another cruise terminal outside Lions Gate Bridge, that will support demand and for larger ships to call in Vancouver.

The port has offered shore power since 2009, with more than 440 ships having plugged in since then.

“We have seen the positive impact of cruising in Vancouver and you cannot help but notice when the impact is not there. I am happy to be part of something that supports so many small businesses and families in Vancouver,” Chan added.