Celebrity Apex: The Proof Is in the Flavor 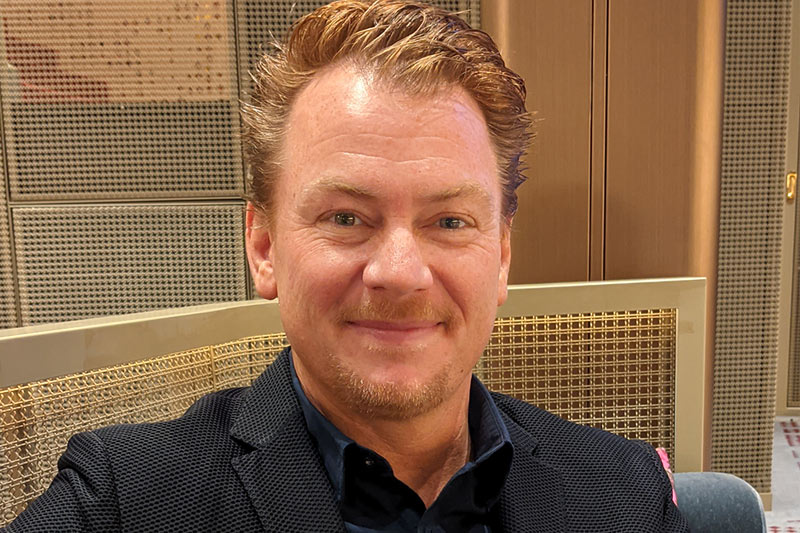 Less about aesthetics and more about flavor is how Michelin-starred chef Cornelius Gallagher, vice president, food and beverage, Celebrity Cruises, described the focus of his food program aboard the new Celebrity Apex.

With 29 restaurants, bars and lounges on the Apex, in addition to the rest of the company fleet, Gallagher has his work cut out for him but relishes it.

“The Eden restaurant is the culinary feather in our cap, so to speak,” Gallagher noted, in an interview with Cruise Industry News. “It’s delicious food, and it’s flavor first and foremost and an à la carte menu on the Apex versus what we have on the Edge. We have progressed by making it more of a traditional restaurant and making the food less about aesthetics and more about flavor.”

Also new to the Apex is a spin on the special dinner aboard the Magic Carpet on Deck 12.

“We have a brand-new version of that for the Apex – it is all about local sourcing and locally inspired cuisine,” Gallagher said. “So, the menu revolves around where the ship is and we also have all-new signature dishes in our four dining rooms aboard the ship.

“In addition are some changes to the Luminae menu; some other healthy options for Blu, which is the Aqua Class restaurant, things like Beyond Burger, all plant based, and we’ve added biodynamic wines to the Blu wine menu as well,” Gallagher said.

What about sustainability on the Apex?

“We have our energy management system. In short, what this does is turn our ovens and stovetops on and off at set times only when the galleys are operating. So right off we are reducing our burning of fuel and our carbon footprint,” Gallagher said.

Hospitality in their DNA

“I’m from the world of the old-school restaurants. I started cooking when I was 11 in the 1980s; it was a much different world. I always believed that you get the ball farther down the field by treating people with respect and teaching them rather than screaming at them,” Gallagher remarked.

“I’ve tried to hire good people who have hospitality in their DNA. Through my shoreside management team in Miami I look for people who are nice because you can’t teach that. I would rather teach a person who is nice and has less experience than hire a person with more experience who isn’t the nicest,” Gallagher pointed out.

His advice for young people considering a job or career at sea? “I would say give it a shot! If you are passionate about what you’re doing, what you do, especially in food and beverage, come speak to us.”