Adventure Golf and Sports: Good Mix of Cruise Projects for 2022 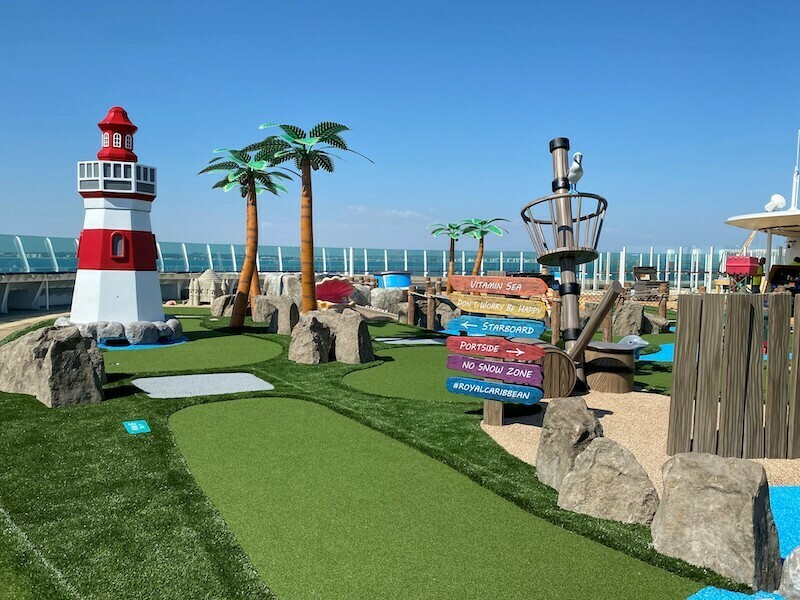 In 2022, Adventure Golf and Sports (AGS) has got a “good mix” of mini-golf installation and refurbishment projects planned onboard cruise ships, said its President Scott Lundmark, according to the 2022 Drydocking and Refurbishment Report by Cruise Industry News.

“Most are smaller maintenance, repair and refurbishment projects, but then we’ve got one larger drydock possibility and a couple of newbuild projects as well,” Lundmark noted.

Among the planned work, Lundmark mentioned a newbuild project for Carnival Cruise Line with an installation in July and or possible drydock installation for the Costa Magica that is being converted into a Carnival ship.

“In the first half of 2022, we’re also working on a couple of Norwegian Cruise Line ships, a newbuild with Regent Seven Seas Cruises, Oceania for a refurbishment job and Royal Caribbean International’s Symphony of the Seas,” Lundmark said.

With newbuilds, cruise lines normally place orders with AGS three to four years ahead of time, but with drydock projects, this period can be around 12 to 18 months, according to Lundmark.

“Being brought in early is the most important thing, especially now with the current lead times,” he said, explaining that the pandemic has been stretching the lead times further and further.

Among the biggest recent news for the company is the launch of 360GOLF, a new concept for miniature golf courses that can be installed on a cruise ship. 360GOLF is a high-tech miniature golf system that was developed in cooperation with Holovis.

It is complete with a digital screen that tracks each player’s score. The golf balls also have the technology to track individual players’ points and scores, according to Lundmark.

“They can be individual or sets – like nine or 18 holes. And it’s more gamification, so it’s breaking ground into reinventing miniature golf where the high score might win. Kind of like a pinball machine,” he noted.