Royal Caribbean’s Enchantment of the Seas Resumes Service in Baltimore 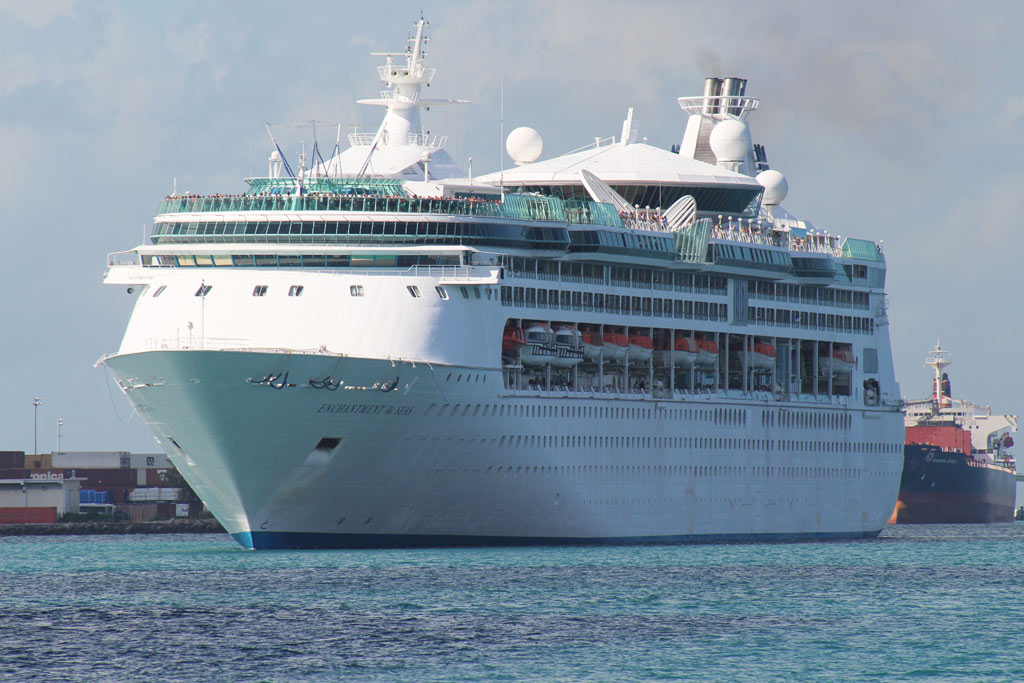 Another Royal Caribbean International cruise ship is resuming revenue service as the Enchantment of the Seas welcomes guests back today.

The Vision-class vessel is also marking the brand’s return to another homeport: Baltimore.

Sailing from the Maryland Port through 2023, the Enchantment is poised to offer cruises to the Caribbean, Bahamas and also to Bermuda, Canada and New England.

Kicking off the program, the Dec. 23 sailing is set to visit two ports in the United Sates and two in the Bahamas. The eight-night itinerary features stops in Port Canaveral and Key West, in addition to Nassau and Freeport before returning to Baltimore on Dec. 31.

The deployment also marks the return of the Enchantment of the Seas to Baltimore after an eight-year absence. Previously, the 1997-built ship was based year-round at the port from 2010 to 2013.

Extensively refurbished over the years, the Enchantment of the Seas was stretched in 2005. During a 31-day drydock, the vessel received a new 2,939-ton midsection that increased its capacity to 2,250 guests.

In 2012, after another major makeover, the vessel also received new dining options such as the complimentary Park Café where guests can grab gourmet sandwiches, salads and more. Another addition was the R Bar, a retro-inspired bar in the ship’s atrium that serves craft cocktails from expert mixologists.

In addition to the Enchantment, the Grandeur of the Seas has already welcomed guests back during the month. The Vision-class vessel kicked off a Caribbean program on Dec. 5, sailing from Barbados.

The Brilliance of the Seas has also resumed guest service, launching a series of cruises departing from Tampa on Dec. 16.