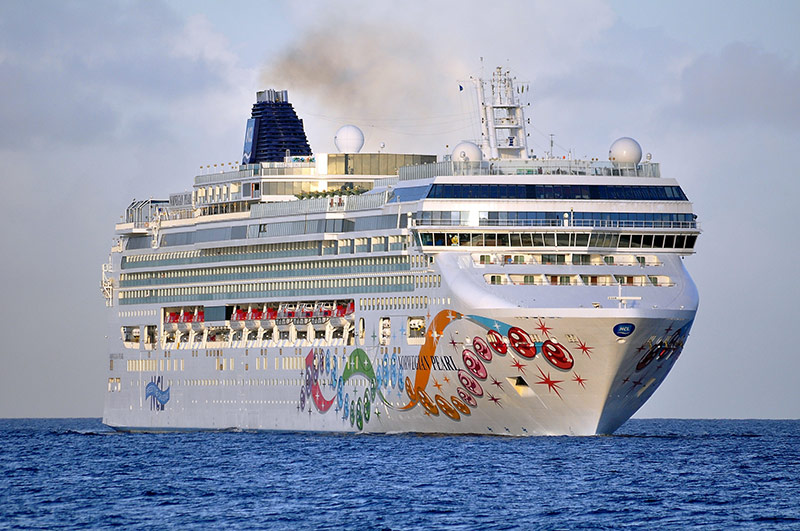 Another Norwegian Cruise Line ship is resuming service today as the Norwegian Pearl welcomes guests back in Miami.

After a 21-month operational pause, the vessel is kicking off a series of Bahamas, Panama Canal and Caribbean cruises.

The first sailing cruises for 11 nights and includes a partial transit of the Panama Canal, in addition to visits to popular ports in the Southern and Western Caribbean.

During the voyage, guests will be able to celebrate the holidays at sea, while cruising to Colombia, Panamá, Costa Rica, Belize and more.

Sailing roundtrip from Miami, the Norwegian Pearl’s program also includes shorter cruises, such as a three-night Bahamas cruise on Jan. 14. The trip features a visit to Great Stirrup Cay, Norwegian’s private island destination, and also a call in Freeport.

The Norwegian Pearl debuted in 2006, as the third of Norwegian’s four Jewel-class vessels. Built by the Meyer Werft shipyard, the vessel is 93,000 tons and has capacity for nearly 2,400 guests.

During the drydock, the vessel received both guest-facing and technical enhancements, including the addition of new exhaust gas cleaning systems.

The design of all of the public rooms and staterooms was updated as well, in order to provide a fresh modern look. The ship’s ship-within-a-ship luxury suite complex was also completely refurbished, with new furniture and finishes.

Several new art pieces were installed across the ship’s public area, including in the Cagney’s Steakhouse, which got a whole new look, with new carpets, upholstery and more.

With ten ships now in service, the brand added two vessels into the active lineup in December.