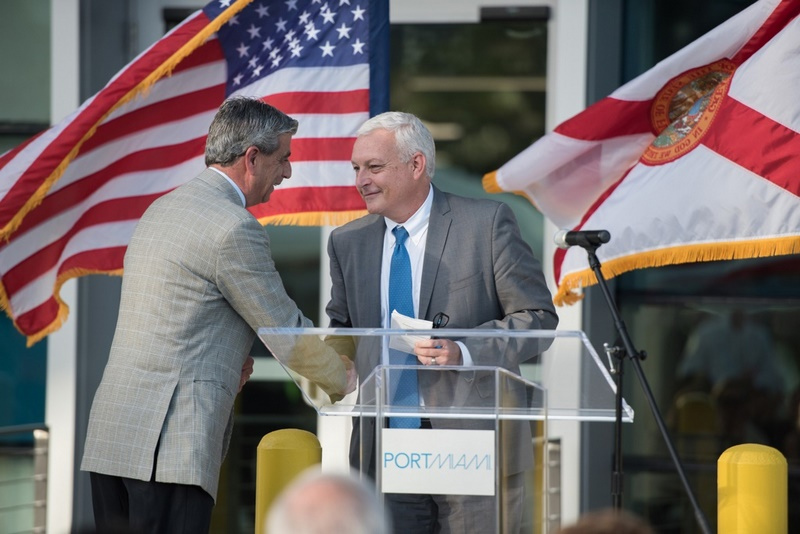 In this new role, Kuryla will lead the company’s Commercial Development, Construction and Private Island Operations teams, reporting to Daniel S. Farkas, Executive Vice President and General Counsel for Norwegian Cruise Line Holdings. Kuryla most recently served as Director and CEO of PortMiami since 2014, where he oversaw operations and capital development for the largest cruise port in the world, according to a press release.

“We are pleased to welcome Juan Kuryla to the Norwegian Cruise Line Holdings family as Senior Vice President, Port Development and Construction Management,” said Frank Del Rio, president and chief executive officer of Norwegian Cruise Line Holdings. “As Director and CEO of PortMiami, widely considered the cruise capital of the world, I have had the privilege to work closely with Juan over the years and I am confident that he will be a tremendous asset to the Company. Throughout his impressive thirty-plus year career with Miami-Dade County, Juan has proven himself to be a strategic leader with a long track record of success and innovation.”

“Juan is the ideal candidate for this newly created role and his extensive experience at PortMiami across diverse functions including but not limited to operations, finance, business development, sustainability and government relations will be invaluable in further strengthening all aspects of our Port Development and Construction Management functions,” added Daniel S. Farkas, executive vice president and general counsel of Norwegian Cruise Line Holdings Ltd.

Prior to this appointment, he served as PortMiami Director and CEO since April 1, 2014, overseeing operations and capital development and leading the Port’s long-term strategic plan and vision. Kuryla began his career with Miami-Dade County in the Parks and Recreation Department in 1987.

In 2007, Kuryla was promoted to Assistant Port Director for Maritime Services. In this capacity, he served as lead negotiator for the Port on all long-term agreements executed with cruise and cargo customers as well as oversaw port operations, facilities management, berthing, property management, customer service, business development, public information and media relations. In 2009, Kuryla was promoted to Deputy Port Director. In this role, he was responsible for directly overseeing the Port’s five assistant port directors.