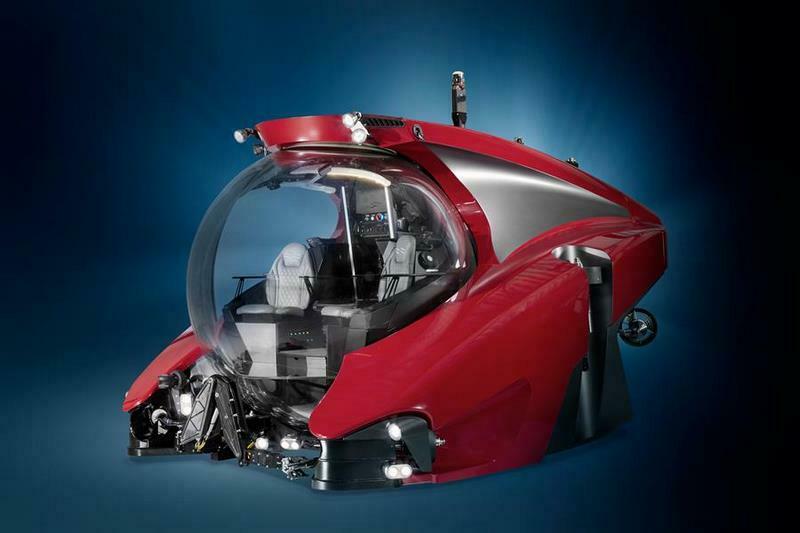 When the Shinkai is completed, she will be the world’s first superyacht designed around a submersible, according to U-Boat Worx. The 54.9-meter vessel is currently undergoing final outfitting at the Feadship yard in Aalsmeer in the Netherlands, and delivery is slated for later this year.

The ice-class Shinkai, which means “deep sea” in Japanese, will be accommodating a new U-Boat Worx C-Researcher 3, which is able to dive in such extreme environments as the Northwest and Northeast Passages.

With ocean exploration at the forefront of the owner’s mind, the Shinkai is described as setting a new bar for bespoke, purpose-built, sub-orientated design.

Dutch submersible manufacturer U-Boat Worx is the largest private submarine supplier in the world. This C-Researcher 3 – winner of a Red Dot Product Design Award – can dive to depths of 480-meters to the heart of the so-called Twilight Zone. This largely undiscovered area is where around 90 percent of the world’s fish live.

Capable of remaining submerged for up to 16 hours, the C-Researcher 3 promises to provide views of squid, krill, jellies, and fish, all super-abundant in the mesopelagic zone, according to company information.

The owner of the Shinkai will be able to walk out of his master suite and step straight into his private three-seater sub. To facilitate this, the yacht’s aft deck sits flush with the submarine hatch. For further convenience, the C-Researcher 3 is the world’s first submersible fitted with an elevator to lower passengers into their seats.

According to U-Boat Worx, all of its subs have a single lifting point, which allows for safe and quick launch and recovery. Aboard the Shinkai, this is said to be further enhanced with a man-riding crane installed on the yacht’s aft deck. With an almost eight-meter reach, the heavy-duty crane can deploy and retrieve the 6.9-ton submarine with ease.

The C-Researcher is battery-powered and holds two passengers in addition to the pilot. This model is ruby red with grey leather interior and was built to the owner’s specified short delivery time, the company said.

The Netherlands-based U-Boat Worx is described as a world leader in advanced private submarines which are built at the company’s headquarters in Breda.