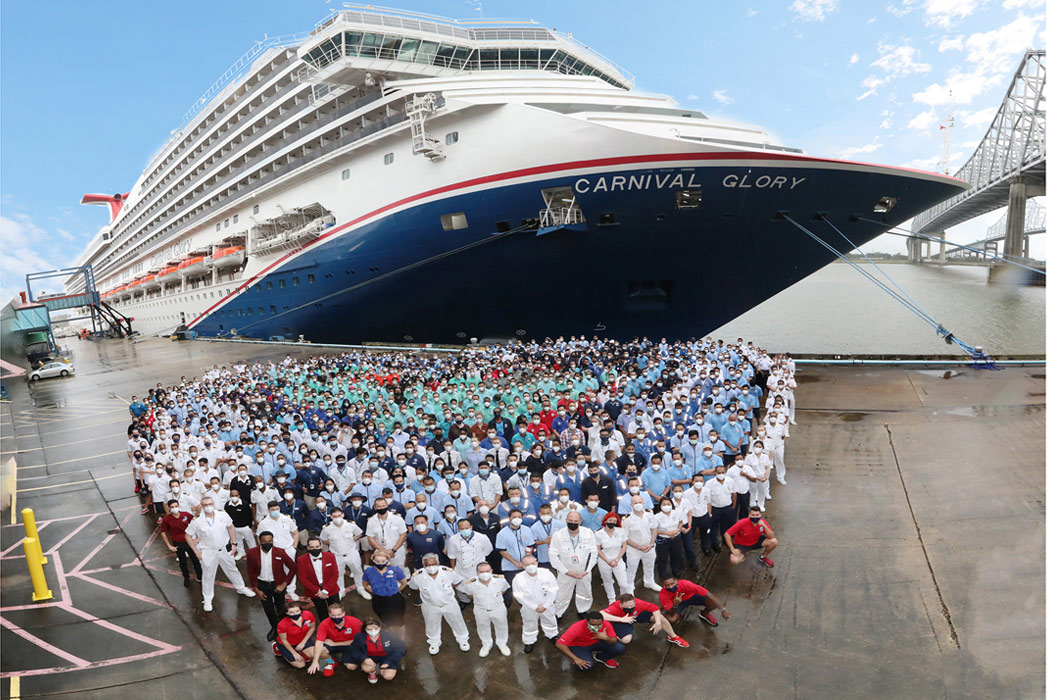 As more cruise operators announce plans freshen up the looks of their existing and new ships, Cruise Industry News gathered the latest roundup of livery-related news.

Currently undergoing drydocks, the Carnival Sunshine and the Carnival Spirit are receiving Carnival’s new hull color scheme. Introduced with the new Mardi Gras, the new livery features a stately navy-blue hull along with vibrant red and white accents running the entire length of the ship.

The new colors are now present on 11 Carnival vessels including the Carnival Magic, the Carnival Glory (pictured above) and the Carnival Dream, the first three ships retrofitted with the new look.

More recently, the Carnival Paradise and the newly refurbished Carnival Radiance also got adorned with the new hull design.

According to Carnival, the new look is “an homage to maritime tradition with patriotic red, white and blue hues, also the colors of Carnival Cruise Line.” 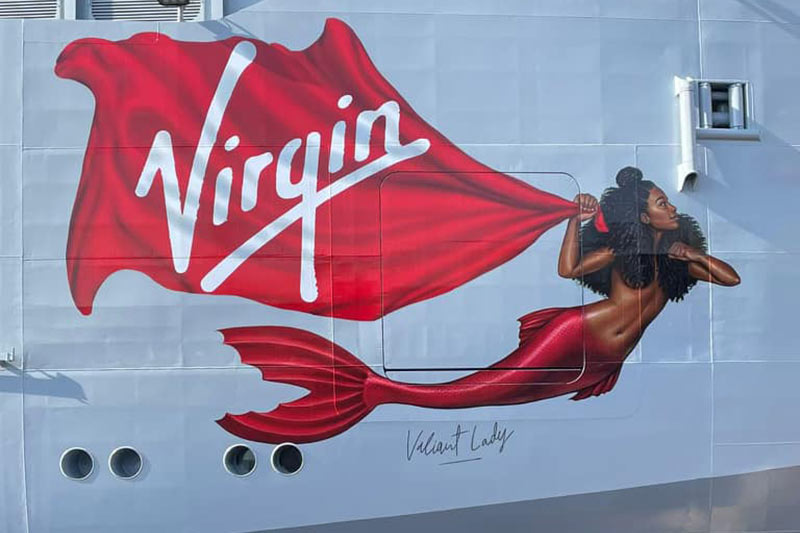 As the final touches are being carried out on the hull of Virgin Voyages’ second cruise ship, the Valiant Lady now has her colors on.

Delivered earlier this year, the 2,770-guesst vessel features an art piece created by Hillary Wilson on its hull.

Depicting a mermaid, the art celebrates the strong, beautiful, friendly and modern embodiment of a black American woman, according to a press release previously issued by Virgin.

According to the company, the mermaids are an important symbol for the brand and meant to keep guests safe on their voyage. 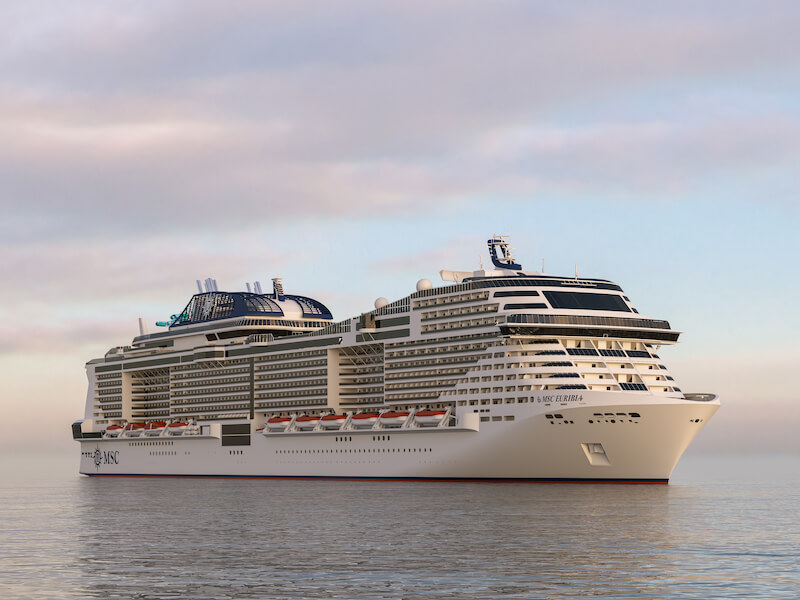 The Meraviglia-class vessel will be the first to feature a hull art piece in the company’s 19-ship fleet.

The initiative is opened to artists and designers worldwide and aims “to communicate the importance of respect for the environment,” the company said in a press release.

Only one winner will have their artwork showcased on the ship’s hull.

Five further shortlist finalists will also have their designs displayed in an exhibition onboard the Euribia, where guests can enjoy the art and its important message. 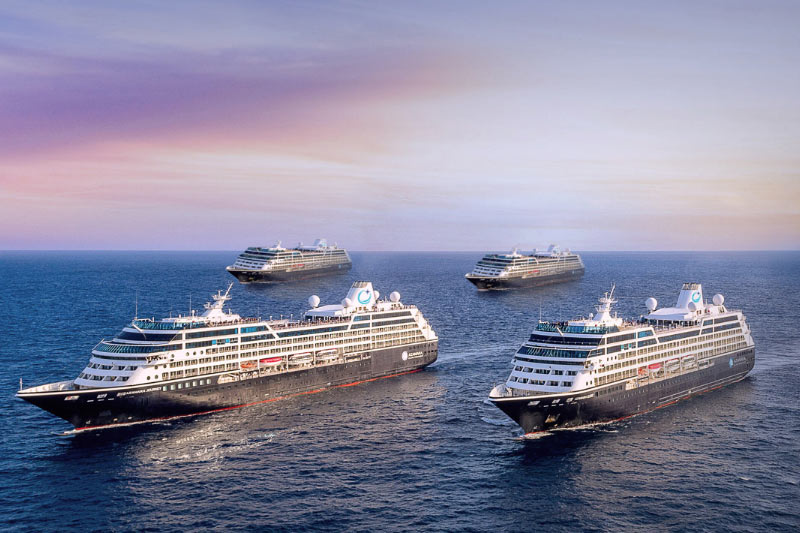 Announced in June 2019, the logo has three main elements, including an open world symbol signifying infinite opportunities for world travel; two artistic strokes representing both land and sea experiences; and a star, representative of Azamara’s namesake “Acamar,” which means the brightest star in the southern sky and represents the brand’s north star, according to the company.

The logo is now prominently featured on the funnel of the company’s three ships, the Azamara Journey, the Azamara Quest and the Azamara Pursuit. The new Azamara Onward, on the meantime, is expected to receive the brand’s look before launching service in spring 2022.