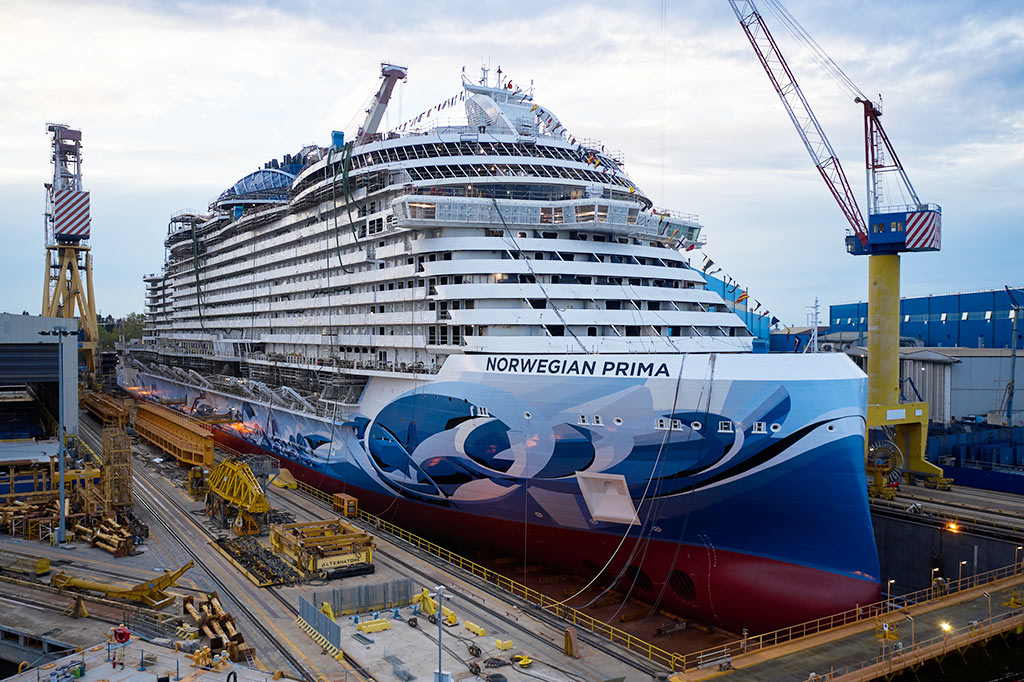 For 2021, six ships have been delivered so far: four from the group’s Italian yards: the Valiant Lady, the Viking Venus, the MSC Seashore and Holland America’s Rotterdam, and two from the Vard subsidiary, Le Commandant Charcot for Ponant and the Hanseatic Spirit for Hapag Lloyd.

In addition, the Silver Dawn is expected to be completed in Italy in the fourth quarter, for a total of seven deliveries for the year.

“We have been able to keep our production up despite the difficulties and problems caused by COVID-19,” Matarazzo added.

“Our contribution to the industry will soon reach 140 ships (built by Fincantieri). One out of every three passengers will sail on ships built by our yards.

“In the last few years, we have increased our production capacity and efficiencies, leveraging specific technology and manufacturing capabilities at the different production sites,” Matarazzo said.

“Our Italian yards have always operated as integrated manufacturing sites and cooperated with each other in order to best manage the workload.

“The addition of Vard’s yards in Romania and Norway have facilitated further possibilities for optimization. The hulls for some of our biggest vessels, for instance, are built in large, floating, pre-outfitted sections in Romania or at one of our Italian yards, then moved to the final yard for hull completion, outfitting and delivery.

“The hulls for some of the smaller luxury and expedition vessels are usually built in Romania with the final outfitting work and delivery in Norway.”

Meanwhile, Fincantieri is making capital investments upgrading the Marghera and Monfalcone yards, while working to further integrate the production between the yards dedicated to cruise ship building in Italy and Romania.

In China, in Fincantieri’s joint venture with Shanghai Waigaoqiao Shipbuilding, production of the first cruise ship is underway, according to Matarazzo. The vessel is scheduled for delivery in 2023.

Fincantieri’s strategy also features so-called “insourcing” as well as building up the company’s engagement in new technologies and future services.

“In addition to making stabilizers and thrusters, we have developed companies specializing in the production of cabins, interiors, air-conditioning, catering, power systems and electronic systems,” Matarazzo explained.

Among Fincantieri’s engagements in new technologies is a joint venture dedicated to the production of lithium-ion batteries called Power4Future.

Another project is the production of ZEUS – Zero Emission Ultimate Ship, an experimental fuel cell-powered vessel.

“In a broader view, decarbonization is the future of our industry,” Matarazzo noted.

Fincantieri is also engaging in other infrastructure projects such as the construction of the new Genoa bridge and a 350 million-euro cruise terminal for MSC at the Port of Miami.

Added Matarazzo: “In the near future, Fincantieri will be ready to assume responsibilities and act as a protagonist for the economic and digital conversion of the Italian economy, supporting the government in the implementation of a national plan for Italy’s recovery through a series of projects which aim, among other things, at the enhancement of the sea economy.”