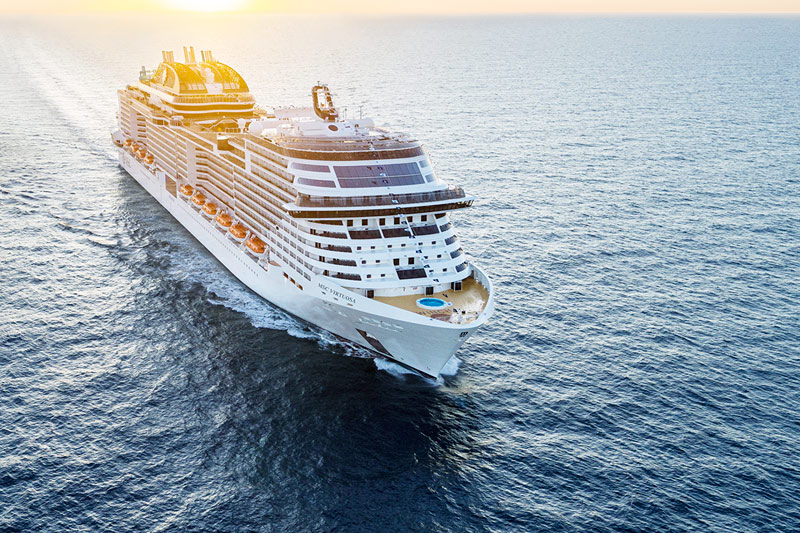 “Our core focus at the moment is on decarbonization,” said Linden Coppell, director of sustainability at MSC Cruises.

Solutions encompass energy efficiency both for the company’s fleet of current ships and orderbook extending through 2027, with five LNG newbuilds.

“The solutions for the existing fleet and existing engines include bio fuels, using existing infrastructure,” she told Cruise Industry News.

That relies on there being a supply of sustainable biofuels that meet the high criteria that is expected of them.

“The ships that are currently being built, the LNG ships, can potentially transition to a bio or synthetic LNG.”

Then there are the future vessels, encouraging the development of new fuels and infrastructure, Coppell said.

“And that is whether they have advanced internal combustion engines or devices such as a solid oxide fuel cell,” she added.

When the LNG-powered World Europa debuts in 2022, she will have a test installation of a fuel cell aboard.

Heading to the 2030 target to cut carbon intensity by 40 percent, MSC has already gotten its emissions per ALBD kilometer down 28 percent.

“In order to meet the intensity targets, it’s about driving this efficiency while bringing new efficient ships into the fleet,” said Coppell.

“We’re building bigger ships, so the emissions per ALBD (available lower berth day) kilometer go down (per guest),” she continued, “and we are improving the way we operate.” 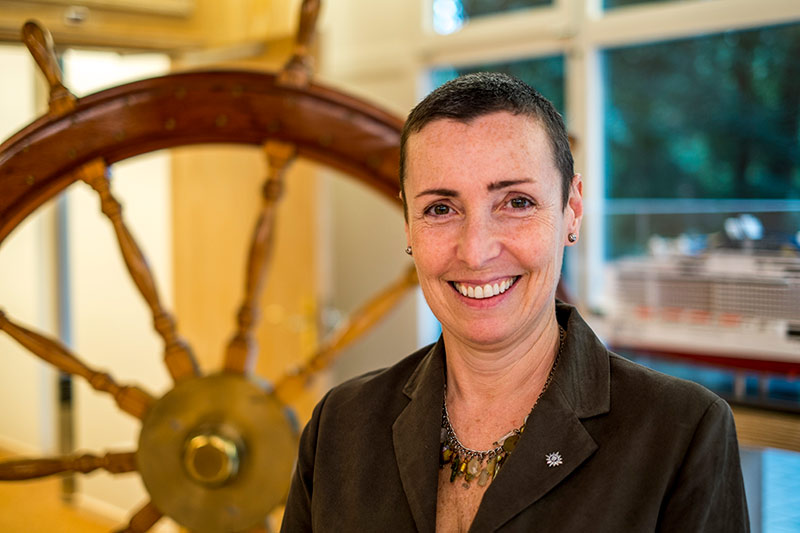 The existing fleet is getting the latest technology, including the MSC Musica, which just had an exhaust gas cleaning system fitted.

“For shore power, we have a very clear position,” Coppell said. “All of our newbuilds will have it. So we are getting close to 50 percent (of ships) having it based on capacity. We’ve set a clear position: any ship using a terminal with shore power available will be capable of using it.”

MSC’s fleet is getting additional monitoring systems and sensors to monitor energy usage, plus the software to collect data and the latest artificial intelligence to make recommendations.

One big focus area for Coppell has been air conditioning.

“We have been finding lots of opportunities. There was a lot of education to be done in that area, with putting sensors and automated systems in.

“Once we addressed the big issues there, we looked at other activities,” she said. “There are so many different things going on. We talk about the hotel but then there’s the area of looking at the particular performance of particular items, like the desalination facility or wastewater treatment plant.”

When MSC relaunched operations in August 2020 it did so with the Grandiosa, which achieved a 4-percent reduction in fuel use per day, which Coppell credited to more training.

“We were doing a lot of awareness training with the crew. Whatever role any crew member has got will affect efficiency.”

In July, MSC, Fincantieri and Snam, an Italian energy infrastructure company, announced the signing of a deal to explore the design and construction of what would become the world’s first hydrogen-powered cruise ship.

“There is a lot of potential with hydrogen. A non-carbon-based fuel has to be one of the key ways forward.” 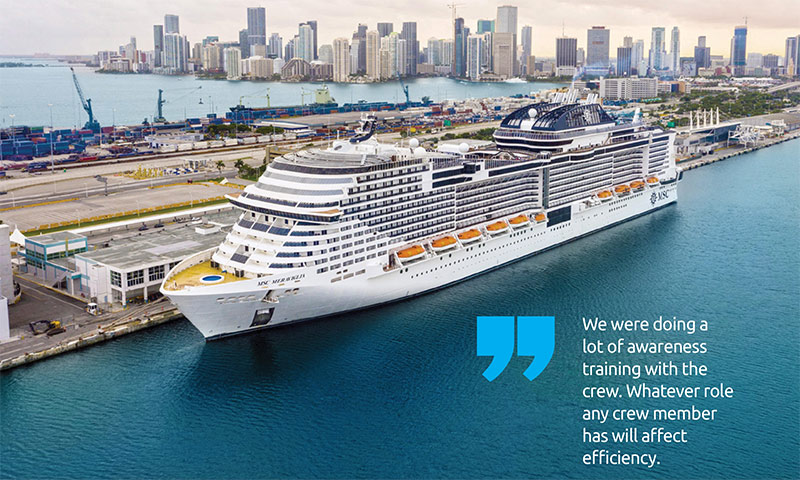 While hydrogen may be available now, Coppell said it’s not “green hydrogen” since it has been created directly from fossil fuels.

“The fuel cells create energy … whereas a battery is an energy storage device and you need to recharge it. Again, if we’re in a situation where we can get shore power from renewable energy, that is a way to recharge batteries.”

Those items ranged from straws and stirrers to primary packaging, like for a butter serving, and then secondary packaging, in the supply chain.

“We went through and identified the top 200 items and we are replacing them or eliminating them,” Coppell said. “We looked at the delivery of mattresses and sunbeds, every single one was delivered in a huge amount of plastic and cardboard.  We worked with suppliers to find new solutions.”

Dishwasher detergent and previously been delivered in big plastic buckets. Those now come in what Coppell said a concentrated solid product eliminating 90 percent of the plastic previously used, reducing plastics packaging by approximately 80 percent which is roughly 12 tons of waste plastic reduction per year across the full fleet.

Next up may be hand sanitizer, coming in a hard block instead of small plastic bottles, and the crew would then liquify and distribute it on the ship.

Come 2030, based on a conservative growth projection using MSC’s current orderbook, the company will have a fleet of 29 ships. That includes the group’s four-ship luxury brand.

Of the fleet of 29, five will be powered by LNG, but those will represent the biggest ships in the fleet, making up approximately 27 percent of available berths, according to Cruise Industry News estimates.

“The hope that is by 2030 we will meet and exceed the IMO intensity targets,” Coppell said. “At that point, it will be energy efficiency at the front and center of those efforts.”