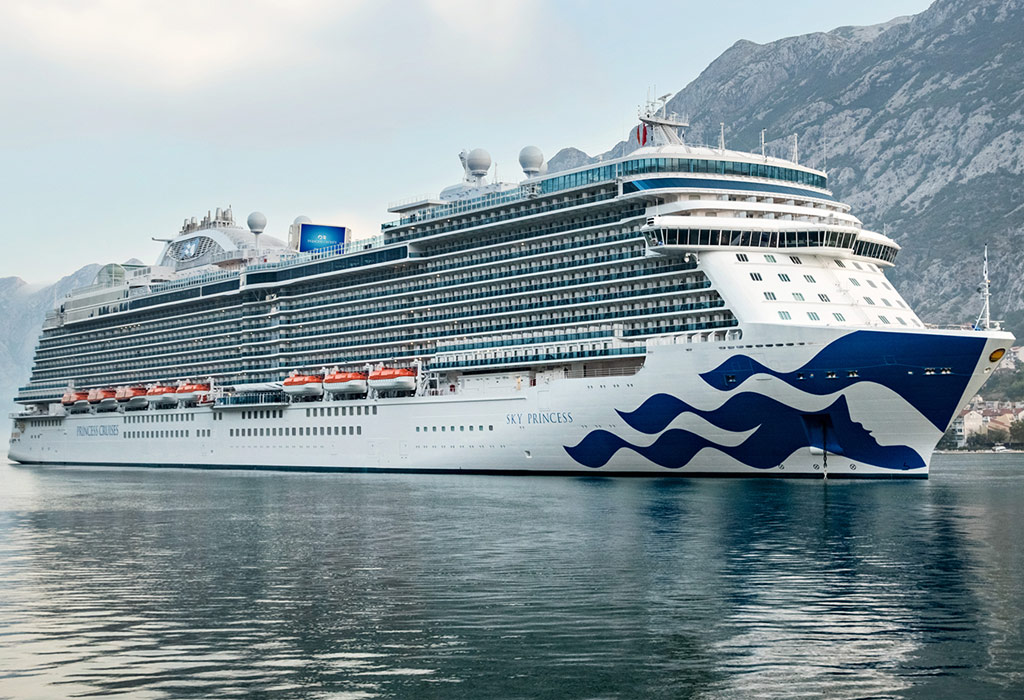 The Sky Princess is the third Princess Cruises ship to resume revenue service.

Based in the United Kingdom, the vessel is departing Southampton today, starting its “Summer Seacation” program.

The Sky Princess is offering a four-night cruise the first in a series of domestic UK cruises, which will run through late September. Along with the Regal Princess, the Sky Princess is now offering scenic voyages and regular cruises around the country, ranging from three to seven nights.

The itineraries include stops in ports such as Liverpool, in England; Belfast, in Northern Ireland; Greenock, in Scotland; and more.

After the UK program, the vessel is set to return to Port Everglades. Starting in November, the ship is sailing three-, five-, seven- and 14-day cruises to Eastern and Western Caribbean.

A Royal-class ship, the Sky Princess entered service in 2019, and was said to be an evolution to the platform used for previous Royal-class ships, the Royal, Regal and Majestic Princess.

The new and enhanced features include a digitally enhanced escape room called the Phantom Bridge and the Wakeview pool located on the ship’s aft decks. Other changes are a new café, redesigned lounges, additional Jacuzzis, and the new Sky Suites.

Featuring the largest continuous private balconies at sea ever offered by any cruise line, the two Sky Suites have sleeping capacity for five guests and are located on one of the ship’s highest decks.

The 143,700 ton, 3,660-guest ship was also the first in the fleet to be built from the ground up with the Ocean Guest Experience Platform, powered by Princess’s MedallionClass technology.

With the Sky Princess now in service, three Princess Cruises vessels have resumed guest operations. The first ship to welcome passengers back was the Majestic Princess, which launched a series of Alaska cruises on July 25.

A few days later, on July 31, the Regal Princess started to offer domestic sailings in the UK.

Princess is now preparing its return to the Caribbean, Panama Canal, Mexican Riviera, Hawaii the California Coast. By November 28, a total of eight ships will be sailing to those destinations from Port Everglades, Los Angeles and San Francisco.