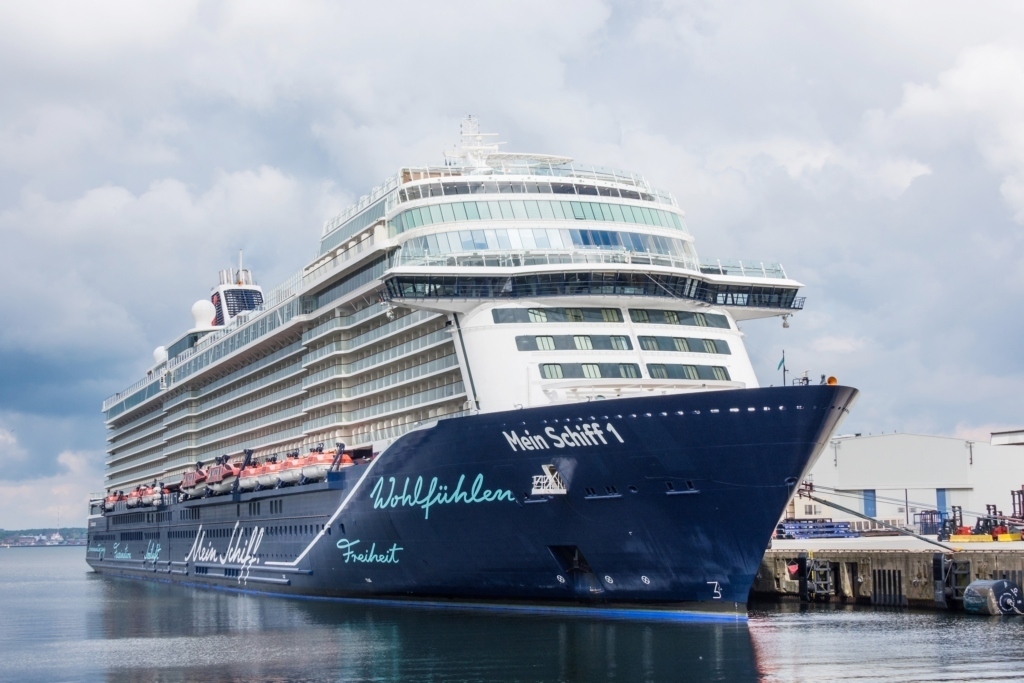 Mein Schiff 2 is sailing from Palma since mid-June after being redeployed from the Canary Islands. Mein Schiff 5 is sailing in Greece until the end of October, offering two weekly itineraries that can be combined into a 14-day cruise. And, Mein Schiff 1 started sailing from Kiel in May, featuring scenic cruises in the Baltic, including a call at Stockholm, but without passengers being able to go ashore on the initial cruises. Mein Schiff 6 followed in June with three- and four-day scenic cruises to Skagen and Gothenburg. As soon as the Baltic countries open up, organized shore excursions will be possible, according to Meier.

“Looking at the pent-up demand in Germany and the vacation season coming, I believe scenic cruises will be an attractive vacation option,” she said in late May. “Passengers can spend days at sea, go to dinner, go to the gym, be outside and enjoy all the activities they have been missing and that are still not possible in many regions in Germany and the rest of Europe.

“Once Sweden and other countries open, we hope that our passengers will be able to go ashore in the bubble concept we have in the Mediterranean.

“We hope to have another ship in the Mediterranean by the end of July and sail the published itineraries,” Meier continued. “And then more ships in Northern Europe, in the Baltic.

As TUI Cruises is ramping up, it will continue to implement its safety protocols and sail at reduced occupancy. 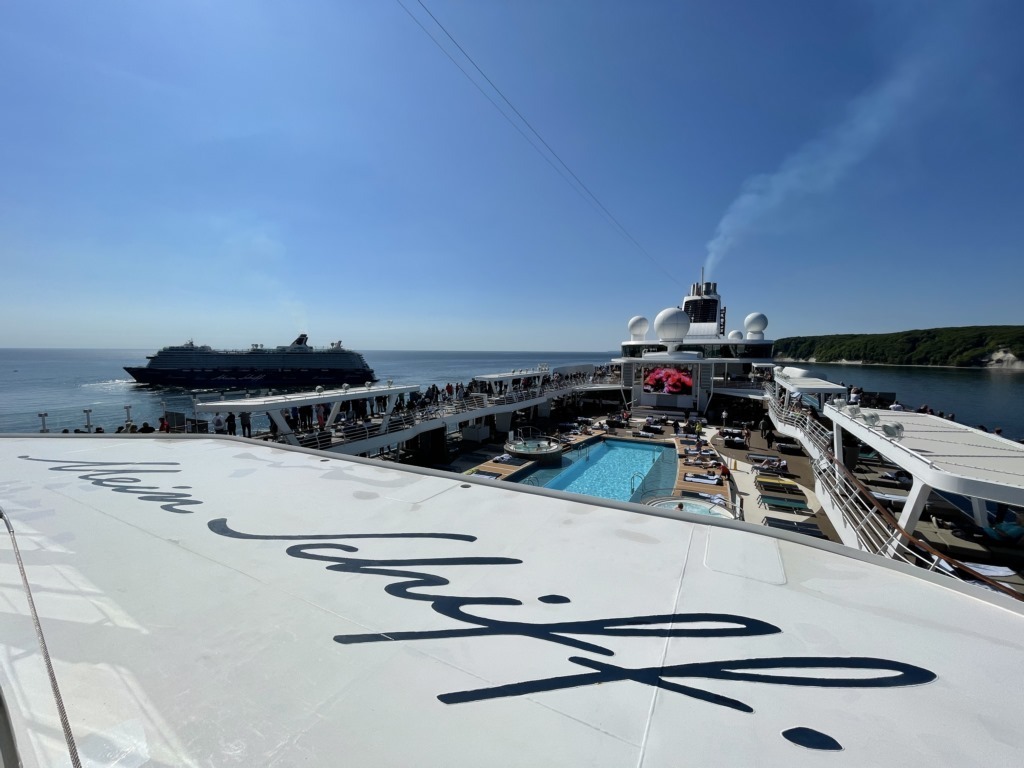 “We offer a safe cruise experience without limiting the ships to fully vaccinated passengers only,” Meier said. “At this point (late May), 14 to 15 percent of the German population has been vaccinated, and we want to give all our passengers the opportunity to sail with us.

“As more people are vaccinated, we may increase the occupancy level. We look at this on a week-to-week basis and what is happening in the markets. Our government has told us that everyone should be fully vaccinated by the end of August, so I am sure we can increase occupancy for our fall sailings.”

Along with sister brand Hapag-Lloyd Cruises, the two cruise lines have been sailing since last summer, carrying more than 100,000 passengers and only had eight COVID-19 cases aboard their ships. But the authorities never asked for service to be suspended as the cruise lines’ contact tracing worked perfectly, Meier said, and thus interrupted the chain of infection.

“We were able to tell where the passengers contracted the virus,” she explained, “and where they went onboard, whom they were in contact with, and we were able to isolate the contact person. We had no severe cases.

“These occurred because there is always a little gap between testing and coming aboard.

With seven ships in its fleet, TUI Cruises has three more ships on order. Mein Schiff 7, which is a sister ship to Mein Schiff 1 and 2, is under construction at Meyer Turku for a slightly delayed delivery in 2023. She is 110,000 tons with a passenger capacity of 2,900 (double occupancy).

In addition, Mein Schiff 8 and Mein Schiff 9 have been ordered from Fincantieri and represent a new generation for TUI Cruises. Slated for deliveries in 2024 and 2026, Meier said she expected them to be more or less on time. Fueled by LNG, they will be significantly larger than the existing ships at 161,000 tons and 4,000 passengers each.

“Research has shown that the German cruise market can generate from 4 to 4.5 million passengers a year,” Meier said. “These people also have the means to pay 1,200 euros for a weekly cruise, so this is a very healthy market.