Renewed Interest in Shore Power for Cruise Lines and Ports 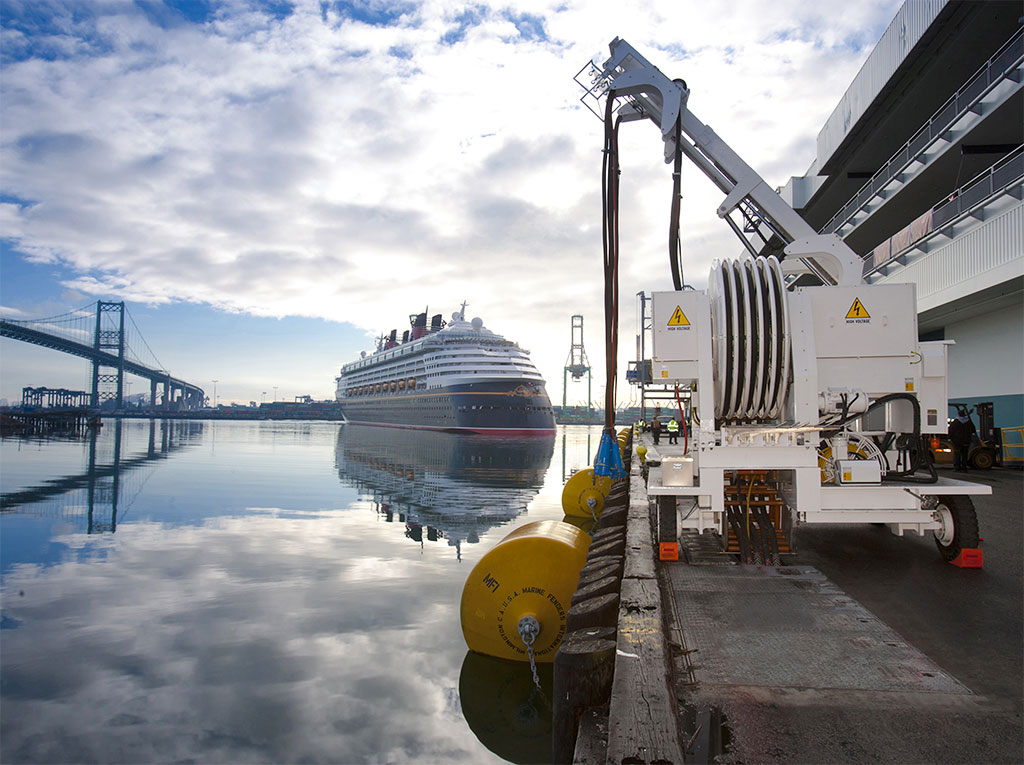 Shore power is gaining traction again with several ports announcing new installations. The renewed interest is driven by environmental concerns combined with legislative requirements and financial incentives in the form of grants.

In Florida, Miami-Dade County signed a letter of intent with six cruise lines and Florida Power and Light in February to bring shore power to the port with a $2 million grant from the U.S. Environmental Protection Agency’s Diesel Emissions Reduction Act.

On the West Coast, San Diego is doubling shore power capability at its B Street and Broadway Pier terminals where two ships will be able to plug in at the same time, tapping into 12 MW for each. The goal is to complete the shore power expansion by September 2022, four months ahead of California regulations that essentially will require all cruise ships calling in the state to use shore power, beginning Jan. 1, 2023.

The Greater Victoria Harbour Authority has also announced that it will pursue plans to install power at the Victoria Cruise Terminal.

Other West Coast turnaround cruise ports also offer shore power, although not necessarily at all berths. The only installation in Alaska, however, is in Juneau which pioneered the concept together with Princess Cruises in 2001.

In Europe, the EU parliament has called for a ban on all greenhouse gas emissions from ships 5,000 tons and larger while at berth to go into effect by 2030, following a previous directive to install shore-side electricity supply at major ports by 2025.

Recent installations include Warnemunde-Rostock, Kiel and Bergen, which has five facilities on three docks. Previously only Hamburg and Kristiansand offered shore power in Europe.

Other ports in Northern Europe in the planning stages for cruise ships are Southampton and Tallinn. Southampton is receiving support from the British government’s Local Growth Deal which funds projects that benefit the local area and the economy. Tallinn already has shore power for ferries.

In the Mediterranean, Valletta has announced a major installation, making it possible for cruise ships moored at five berths to draw power from the island’s energy grid. The project is part of an EU funded initiative by Infrastructure Malta to electrify the entire harbor and reduce ship emissions.

Shore power is also on the agenda in Barcelona, Marseille, Livorno, La Spezia, Savona, Genoa and Civitavecchia, according to cruise line sources. In Asia, Shenzhen, Shanghai and Qingdao in China have shore power and South Korea in Incheon.

“We are pushing hard for shore power; it makes sense from many perspectives,” said Tom Strang, senior vice president of maritime affairs at Carnival Corporation.

“Obviously in Norway and Alaska you have hydroelectric power, but in Germany, the UK, California and other locations, the amount of sustainable power, coming from wind, nuclear and other sustainable sources is very significant, and we feel it makes sense to encourage shore power, because it removes the local pollution issues.”

“On top of the 39 or 42, there are another 16 ships we are planning to equip,” he added. “We will continue to increase the number of ships being equipped as we see the increase in shore power-equipped ports.”

Among the other cruise companies, Disney Cruise Line currently has three ships equipped for shore power, MSC Cruises has eight, Norwegian Cruise Line Holdings seven, and the Royal Caribbean Group four.     In addition, all newbuilds across its three brands will be equipped, according to Norwegian.