Ambassador Cruise Line: In With the New 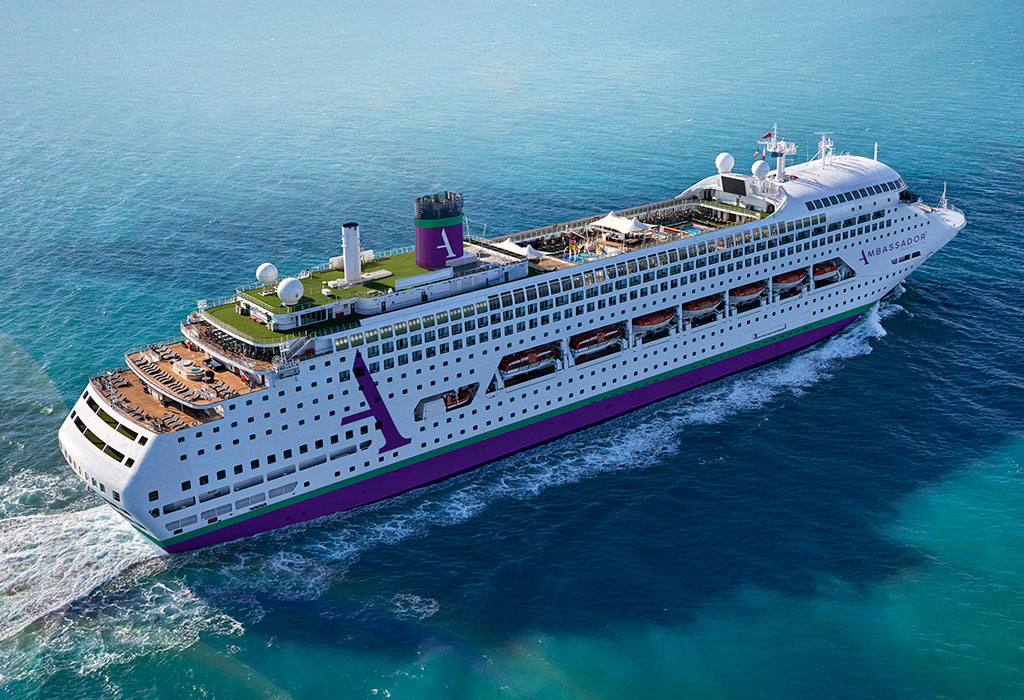 A new cruise line with a host of familiar faces in management is what Ambassador Cruise Line brings to the British cruise market.

Former executives of Cruise & Maritime Voyages (CMV), a cruise line that went into administration nearly a year ago, have teamed up to launch a new brand with a ship that was once meant to start sailing for CMV.

The ship was the former Pacific Dawn and was set to move to CMV in 2021 before it ceased operations. Originally launched as the Regal Princess, the ship moved to P&O Australia and enjoyed a short time as the “crypto cruise ship” in late 2020. Now renamed the Ambience, the ship will start sailing for Ambassador in spring 2022.

“We do have the benefit that we have experience in this area and have managed to build something that unfortunately didn’t make it through COVID,” CEO Christian Verhounig told Cruise Industry News. “But (Ambassador Cruise Line) is very new; we set a new vision behind it with new values. And I think it’s extremely exciting.”

Verhounig said that the concrete idea to start the cruise line was born in autumn 2020, some months after the demise of CMV.

“We’d seen a niche which was vacated. We’d seen a massive pent-up demand on the market. While the cruise industry has faced some negative press, frequent cruisers or past cruisers especially recognize how safe cruises are and what great value for money it is. Therefore, we have decided to open up a premium-value product, which is very self-centric around the future, sustainability and ethics,” he noted.

Bringing the 1,590-passenger vessel back into the fleet was not a question of taking what was going to be CMV’s ship in 2020, Verhounig said.

“It’s about the ship herself. The ship has a perfect size for the market entry we are planning. She has a massive space ratio, nearly incomparable to anything in the mainstream market today. She has very spacious cabins, which are a good fit for the cruises we are planning, which are generally longer itineraries,” he explained.

While the first 33 cruises put out by Ambassador are relatively short cruises, Ambassador’s goal for the future is to offer longer itineraries. This would ultimately include world cruises. But for now the initial deployment package includes the Baltic, Greenland, the Arctic and Iceland, as well as a range of expedition-style voyages to the Canaries, Cuba, the Caribbean, Cape Verde and Scandinavia in the winter months.

Making the Ambience environmentally friendly has been one of the biggest tasks in the lead-up to Ambassador’s launch.

“She has come at the right price for us, which allows us to invest heavily into all environmental aspects. We’ve decided that before she enters the market, we will upgrade the vessel on the engine side, to make her fully IMO Tier III compliant to be able to go into environmental protected areas that have already ratified the IMO requirements,” Verhounig said.

Verhounig did not reveal which or how many other cruise ships Ambassador is looking at, but said that they would be of a similar size to the Ambience.

“A project as such is not about how many ships we have; I don’t think we have a target for that. We do want to become the leading provider of premium-value cruises for the silver market. We want to have this in the UK, but also other national markets,” he said, clarifying that adding homeports in other countries is on the agenda.