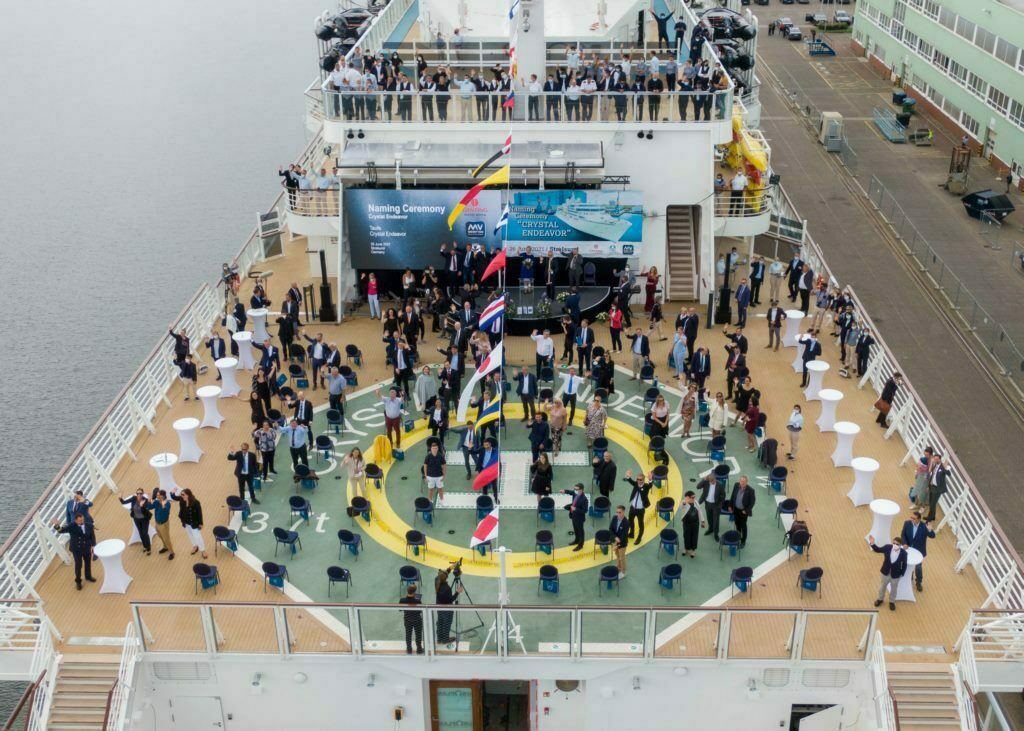 The new Crystal Endeavor was named at MV Werften in Stralsund on Saturday.

The naming ceremony took place on the ship’s helicopter deck. 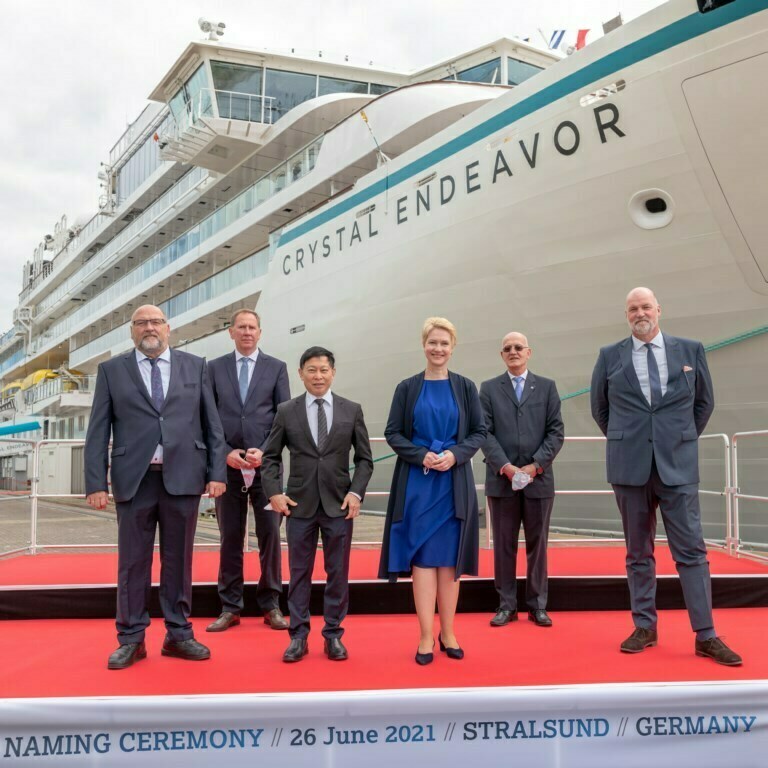 Peter Altmaier, Federal Minister for Economic Affairs and Energy, said: “Today is a special moment of joy for all those who have contributed with great commitment to the creation of Crystal Endeavor. The new ship exemplifies the level of shipbuilding expertise and broad maritime know-how that we have in Germany and want to retain even in the difficult times caused by the pandemic. At the beginning of June, the Federal Government agreed with the State of Mecklenburg-Western Pomerania to continue to support the shipyard with finance from the economic stabilization fund. We want to further strengthen the competencies of high-quality shipbuilding and make shipping more climate-friendly. The Federal Government is thus providing many hundreds of millions of euros for developing innovative solutions in shipbuilding. We wish the ship always a hand’s breadth of water under the keel.”

Crystal had recently announced that Mecklenburg-Western Pomerania’s Prime Minister Manuela Schwesig was to serve as Godmother of the Crystal Endeavor. She wished the new ship good voyages at all times before she pressed the red “yard buzzer” to activate the bottle release. 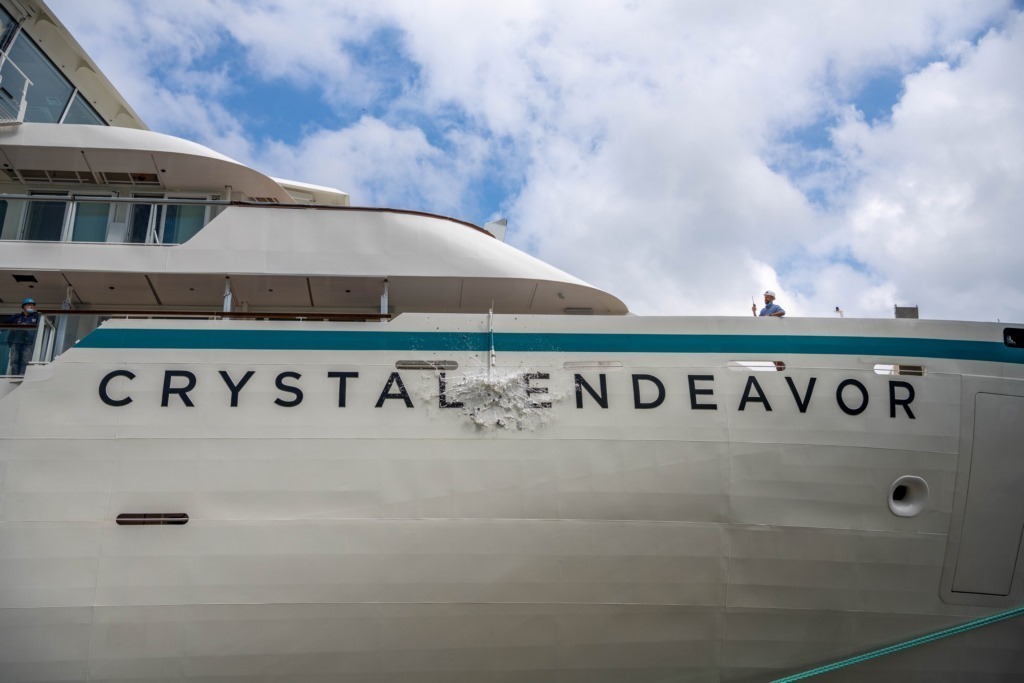 “The naming ceremony is a sign of Germany’s relaunch as a shipbuilding location,” said Schwesig. “Our shipyards are innovative high performers, with highly motivated experts and know-how acquired over decades. The employees at MV WERFTEN have successfully driven the transformation process from containership production via special-purpose shipbuilding to cruise ship construction in the last few years, demonstrating that even under difficult circumstances they can achieve top performances, as also in recent months.”

“Today is a landmark day as we christen the Crystal Endeavor, the first and only Polar Class Six (PC6) expedition yacht to be built in Germany, and a testament to Crystal’s award-winning design and MV Werften’s superb German engineering with system redundancies, including 100 percent additional lifeboat capacity, to handle extreme polar conditions,” stated Tan Sri Kok Thay Lim, the Chairman of Genting Hong Kong.

“She combines the finest attributes of the award-winning Crystal Experience with unmatched technical capabilities including the most installed power per gross ton for any cruise ships at over 13 MW. The most luxurious and expensive ship ever built at $20,000 per gross ton, she sets a new high standard in luxury cruising including the largest space ratio, at over 100 gross tons per guest, and most importantly, the highest staff to guest ratio in the industry at one-to-one.”
Jack Anderson, President and CEO of Crystal Cruises, praised the state-of-the-art technology, innovative design and high safety standards of the Crystal Endeavor, describing her as an “unparalleled and bold new expedition yacht made in Germany”. He also noted: “She is precision engineered to launch a new standard in global travel.”

“We have shown that under the most adverse conditions we in Stralsund can build ships of the greatest complexity that meet the highest standards,” said Peter Fetten, CEO of MV Werften. “‘Crystal Endeavor’ is a unique vessel that will represent the art of German shipbuilding throughout the world. We’d also like to take advantage of this special occasion to express our thanks to the federal government and state government for their commitment and support.”

The expedition yacht “Crystal Endeavor” is the ninth ship in the fleet of Crystal Cruises. Her maiden voyage is scheduled to commence in Reykjavík, her home port, on 17 July.