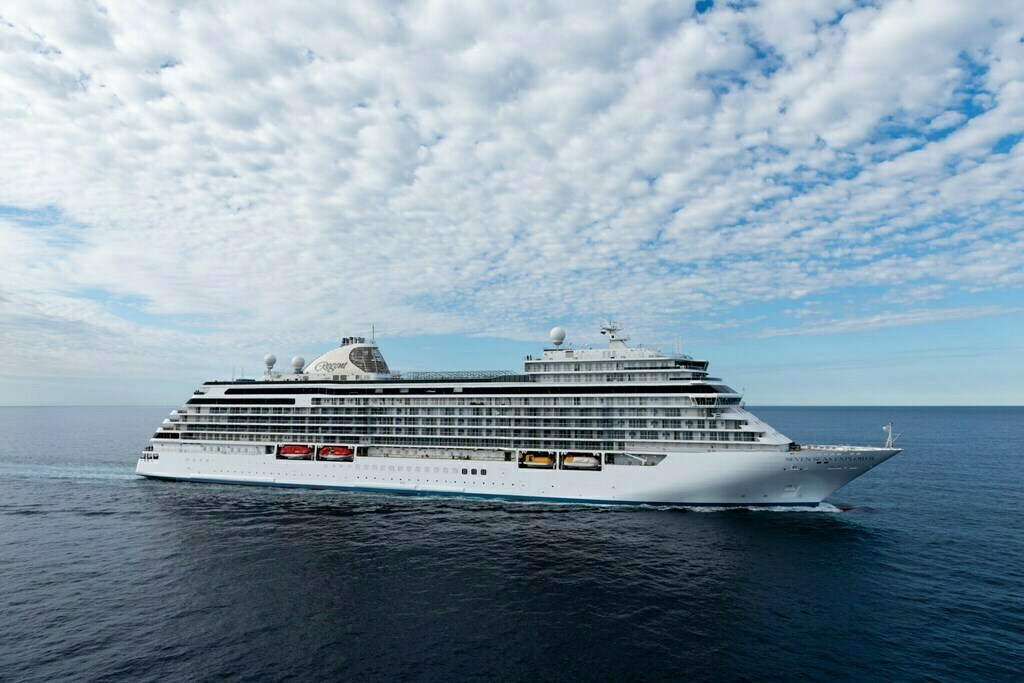 With Seven Seas Splendor already announced to return in September, Regent Seven Seas Cruises announced today its resumption of sailing plan for the rest of its fleet, which will see all five ships back by February 2022.

The cruise line said intends to preserve already published itineraries as much as possible but has also announced newly created sailings in Europe and the Caribbean for Seven Seas Explorer and Seven Seas Voyager.

In conjunction with today’s announcement, and while considering the global health environment, the cruise line has canceled all sailings up to each ship’s respective restart date.

Guests with impacted bookings will be contacted directly or via their Travel Advisor.

• Seven Seas Explorer will welcome back guests on October 16, 2021 sailing from Venice, Italy. She will complete two published Mediterranean voyages before crossing the Atlantic to Miami, Florida and, from November 15, 2021, sail a further two published sailings in the Caribbean. The ship then begins a newly created winter Caribbean season featuring eight new sailings, starting December 20, 2021 with a 14-night Southern Caribbean cruise. After a trans-Atlantic crossing, she will arrive back in Europe on April 10, 2022, sailing three more newly created Mediterranean itineraries before embarking on her published 2022 European summer season on May 14.

• Seven Seas Mariner will return to sailing on a published December 18, 2021 itinerary, cruising from Miami, Florida to San Francisco, California where she will begin an epic World Cruise on January 5, 2022.