Variety Cruises to Resume Sailings in May 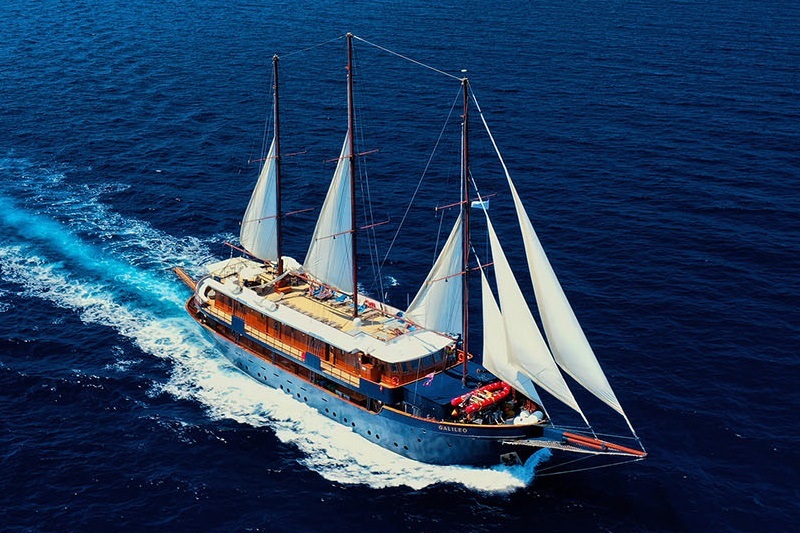 Variety Cruises has announced it will restart operations in May with its signature eight-day itinerary “Jewels of the Cyclades” aboard the Galileo.

The cruise starts in Athens and then sails to Polyaigos, Folegandros, Syros, Santorini, Paros, Mykonos, and other stops, according to a press release from the Greek family-owned brand.

The newly appointed CEO, Filipos Venetopoulos, is the company’s third generation taking the reigns, which was started by his grandfather in 1968.

“It’s so important to me to maintain my family’s ethos of authenticity and heritage, offering exceptionally-curated intimate experiences only small ship sailing can bring,” said Venetopoulos. “Seven days at sea will give you a transcendental life experience. That’s the real odyssey.”

The company will only take guests with vaccination records or negative PCR test taken within 72 hours of boarding. Aboard there are social distancing measures, practices daily temperature checks and has partnered with Purespace, a leader in air and surface disinfection that is oxygen based and has been proven safe and effective.

The company is also heading back to the Seychelles, which has recently opened up to tourism post-COVID.

Scheduled year-round and returning June 19, 2021, are voyages through the Seychelles with the eight-day itinerary “Cruises in the Garden of Eden” aboard the Pegasos. The cruise will start in Mahe, and then viist the uninhabited island of Curieuse, St. Anne, a bird sanctuary on Cousin Island, quaint communities in La Digue with plenty of beach and swim time.

Other destinations will launch later in 2021 including Cape Verde, Costa Rica & Panama and Sicily & Malta, and in 2022, guests can sail through French Polynesia, the Suez Canal, Egypt, Israel, Jordan, Oman, Dubai, the Rivers of West Africa and beyond.

In other news, the company’s flagship, the Variety Voyager, is also restarting operations in the Aegean Sea after a year-long charter and will lead the fleet for the first time in four seasons with the popular Best of Greece & Turkey itinerary.