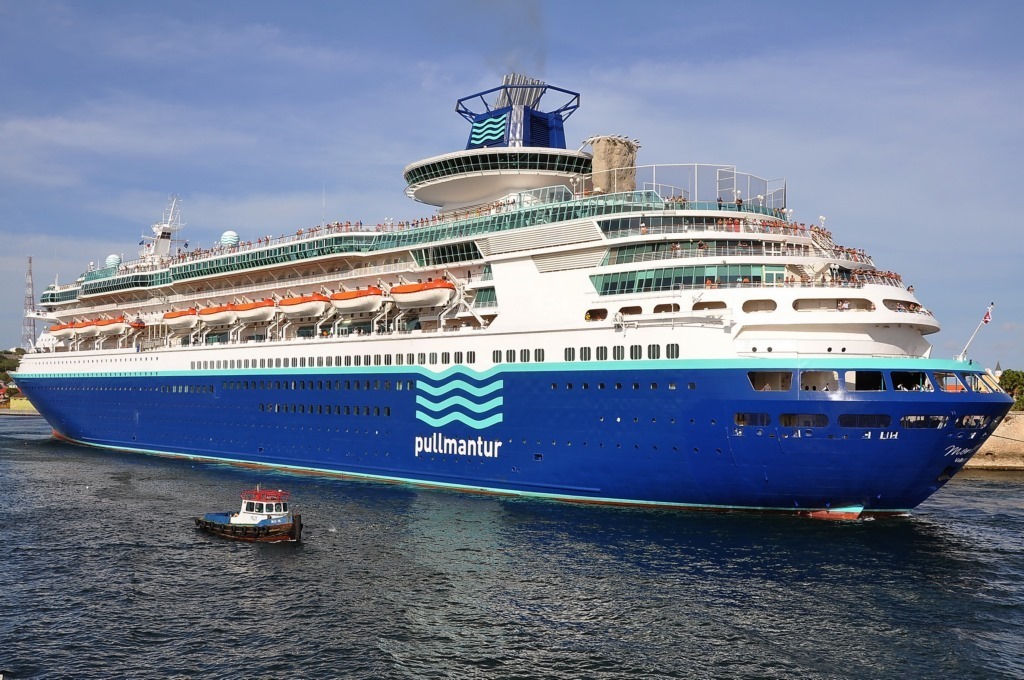 Royal Caribbean Cruises is moving the three-ship Pullmantur fleet to a cold lay-up, while Pullmantur has announced the cancellation of its cruise programs until Nov. 15.

Royal Caribbean’s joint venture Spanish brand saw changes to crew contracts earlier this week, as crew were moved under the Celebrity Cruises banner, according to a letter sent crew aboard and obtained by Cruise Industry News.

“As the owners of the ships in the Pullmantur joint venture, we have responsibility for transitioning the fleet into a cold lay-up status,” said a company spokesperson for Royal Caribbean.

Cold lay-ups enable operators to trim ship maintenance costs with ships laid up for an extended period of time. The downside, however, is the time needed to prepare the ship to reenter service, which could range from weeks to months in some cases.

A standard cold lay-up scenario sees vessel crewing reduced to the bare minimum for fire, flood and security monitoring. The best berth option for cold lay-up would be a cost efficient remote area, preferably in cooler water to limit growth on the hull. Reentering service could also require a drydock inspection.

With the Zenith leaving the Pullmantur fleet for Peaceboat earlier this year, Pullmantur was poised to sail the Horizon, Monarch and Sovereign until early 2021, when Royal Caribbean’s Grandeur was scheduled to join the fleet.

This year, the Monarch was scheduled to leave her year-round Southern Caribbean program to sail in Northern Europe, taking over the itineraries that the Zenith would otherwise have sailed, before the COVID-19 pandemic.

Next year, however, the Monarch is scheduled to sail in the Caribbean, when the Grandeur arrives to sail in Northern Europe.

Another reason for deploying the Grandeur in Northern Europe is that she has an exhaust gas cleaning system installed, allowing her to comply with the stricter environmental regulations in Norwegian fjords and the Baltic.

Deploying bigger ships, the Monarch and then the Grandeur, also means that Pullmantur was going to drop Malmo as a turnaround port, because of the limited flight capacity into the Swedish city, and instead turning in Trondheim and Warnemunde.

For the 2021 summer Pullmantur has added Istanbul to some of its Greek summer itineraries aboard the Horizon, sailing from Piraeus to Mykonos, Izmir, Istanbul and Santorini.

The Horizon will also sail two seven-day cruises to the Holy Land, calling at Limassol, Haifa, Ashdod and Patmos, as well as two cruises from Piraeus to the Adriatic, calling at Kotor, Dubrovnik, Sarande, Katakolon and Santorini.

Meanwhile, the Sovereign will be sailing in the Western Mediterranean, turning in Barcelona and Marseille, calling at Naples, Civitavecchia, Livorno and Villefranche.