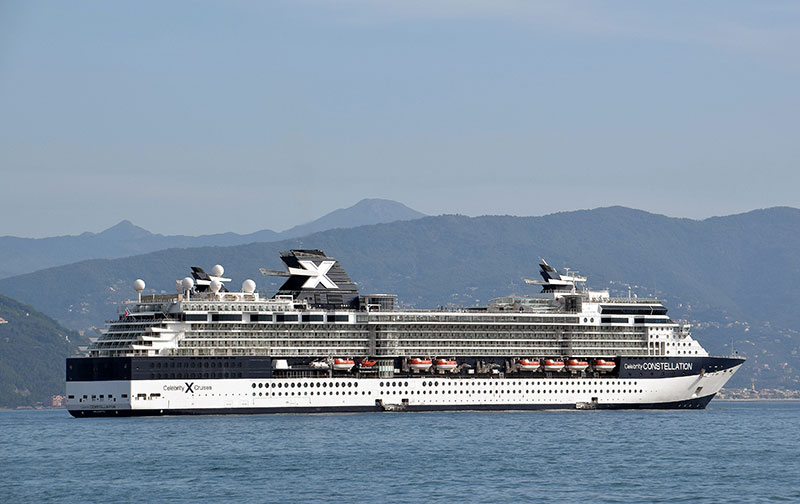 “We will not stop until we get everyone home,” said Lisa Lutoff-Perlo, president and CEO of Celebrity Cruises, in a written statement to crew detailing the company’s complex repatriation efforts. She said the company was working around the clock to get crew home.

Now, working under restrictions from the CDC, the company is pushing ahead to get most of its crew home.

Crew from Barbados will move to the Explorer from Royal Caribbean, as well as the Liberty and Harmony, to be repatriated to Barbados when the ships arrive there.

Indian crew will transfer to the Celebrity Infinity, which will sail to Goa, where she is expected to dock in early June. Celebrity is working on options to get crew home from the Goa port.

U.S. crew will be repatriated with private transportation, the company said.

The company said it is also looking at moving the Millennium and Eclipse to Puerto Vallarta, Mexico, and then setting up charter flights for crew aboard those ships.

The Ukraine and Romanian crew aboard the company’s fleet will be transferred to the Navigator of the Seas, which will then dock in Miami and crew will get charter flights home.

European, Canadian and all other crew will be transferred to Freedom, Empress and Majesty. All three ships will sail to the UK where charter flights will be arranged. Crew whose countries do not permit them to travel home will remain on the Freedom until conditions allow them to travel.

For crew aboard the Celebrity Constellation, the ship will be in Athens on May 7, from which the company si arranging charter flights to London and Indonesia. Further details on a flight to Manila are forthcoming once the airport reopens.

For crew on the Apex, the company is planning a charter flights from St. Nazaire to various destinations.

Finally, for crew that do not want to leave the ships, Celebrity will offer room and board.