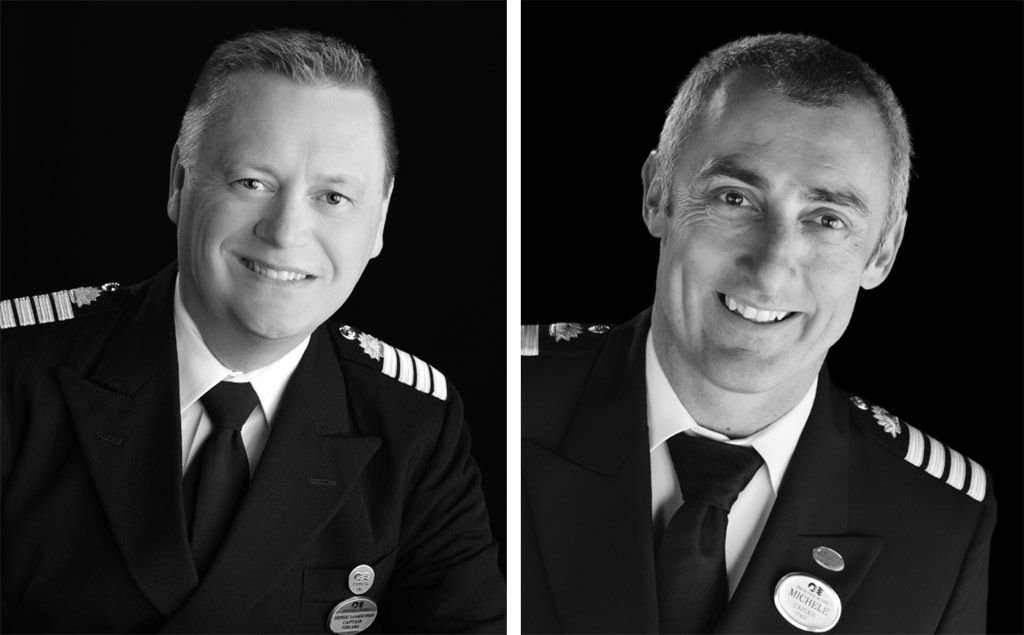 Princess Cruises has announced the leadership team for the new Sky Princess, with Captain Heikki Laakkonen in command of the new ship when she debuts later this year.

Announcing details today, Jan Swartz, group president of Princess Cruises and Carnival Australia, said Captain Laakkonen would sail on Sky Princess’ inaugural voyage on October 20, 2019 in Europe, and would remain at the helm as the 143,700-ton ship offers a series of European cruises before sailing to the Caribbean.

“We are confident the deep seagoing expertise of these officers will allow our future guests to safely enjoy all that a Princess experience offers, and their strong leadership will support our crew in our commitment to create lasting memories,” Swartz said.

Captain Laakkonen said he was proud to be bringing Princess Cruises’ newest ship into service.

“Sky Princess will be a magnificent addition to Princess Cruises’ fleet and I am deeply honored to have been chosen to introduce this awe-inspiring ship to our guests,” Captain Laakkonen said.

Captain Heikki Laakkonen – Captain Heikki Laakkonen was born in the coastal town of Kotka, Finland and began his career in the Finnish Navy in 1991. After completing military service, he studied at the Maritime College of Rauma, Finland and graduated as a Master Mariner in 1999. Captain Laakkonen joined Princess Cruises in 2001 and first served as Captain aboard Pacific Dawn in 2013. He has since commanded Pacific Pearl, Crown Princess, Island Princess, Caribbean Princess, Coral Princess, Golden Princess and Sapphire Princess.

Chief Engineer Officer Fabio Braccelli – Fabio Braccelli lives in Cerri di Arcola in Northern Italy and joined Princess Cruises in 1990. In 2004, Fabio began his first contract as Chief Engineer Officer aboard Sun Princess. He has since sailed as Chief on Sapphire Princess, Caribbean Princess, Pacific Princess and Royal Princess. He has been part of the Royal Princess crew since 2013.

Hotel General Manager Terri Cybuliak – Terri Cybuliak hails from White Rock, B.C., just south of the port of Vancouver. She joined Princess in 1998 as a Junior Assistant Purser on the original Crown Princess. Her career has progressed through the ranks, and she has traveled with Princess Cruises to all seven continents.

Hotel General Manager Richard Harry – Richard Harry was born in Farnborough, England and now resides in Bristol. He joined Princess Cruises in 1988 as a Front Desk Receptionist and worked on the original Sky Princess in 1989. Richard has been part of the newbuild teams for five Princess ships.

Staff Captain Giovanni Cardile – Giovanni Cardile was born in Messina in northeast Sicily. Following a family tradition of seafaring, he joined the Merchant Navy as a Deck Cadet, then after service in the Italian Navy, worked on tanker and cargo ships. Giovanni joined Princess Cruises in 2005 and advanced through the ranks to be appointed Staff Captain on Regal Princess in 2014. He has since served as Staff Captain on Regal Princess, Sea Princess, Emerald Princess and Ruby Princess.

Staff Captain Brian Whelan – Brian Whelan was born and raised in Galway on the west coast of Ireland. His interest in cruise ships started with some early family cruises, including onboard the S.S Canberra. Brian started his cadetship with Princess Cruises in 2000. He has worked his way up the ranks, including working in the head office, before taking the position of Staff Captain.