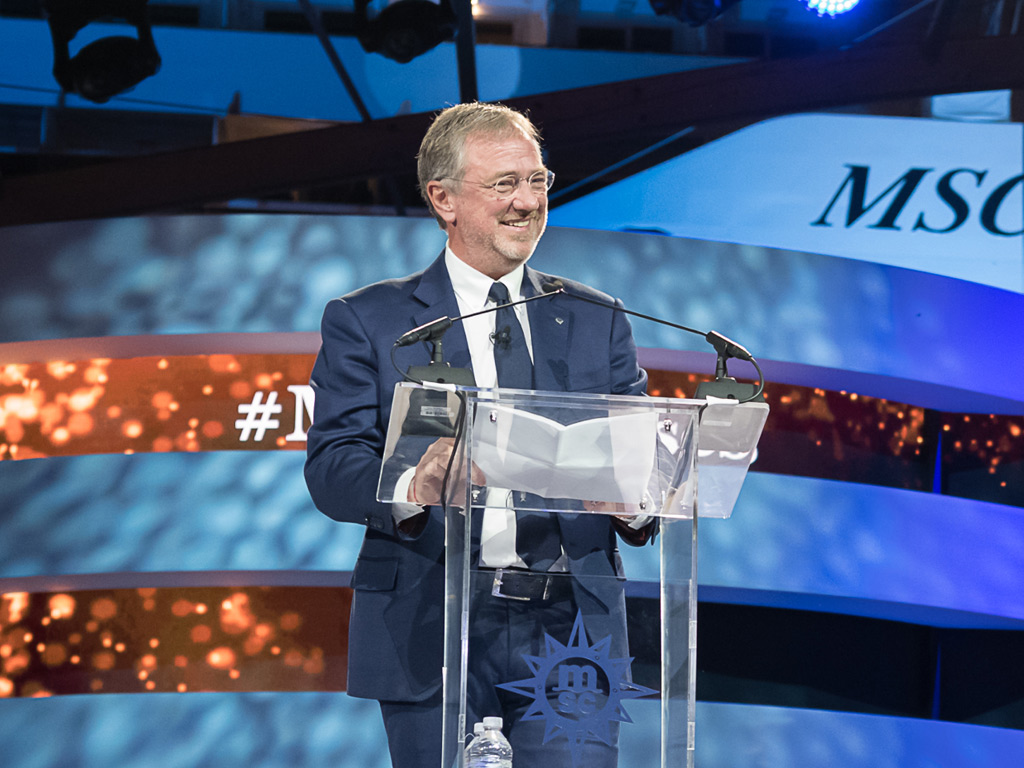 “In three years we will double our capacity and in 10 years we will triple it,” said Pierfrancesco Vago, executive chairman of MSC Cruises.

MSC will be among the biggest single brands come 2028, with two new ships having entered its fleet in 2017, and at least 10 more to come over the next decade.

The Seaside, which was christened in Miami last week, will help anchor a strategy that will see MSC build up its capacity and sourcing efforts in the biggest cruise market in the world: North America.

It’s in North America the new Seaside is now year-round, to be joined by the 2017-built Meraviglia come 2019, along with the Divina.

“We have customers traveling to the Caribbean and we needed to introduce new ships, with a different platform,” Vago told Cruise Industry News. “We had the need to put more cabins and a new offering into the North American market if we wanted to evolve our brand there. “We had one ship (in North America) and she was filled with customers from Europe. We did not have the opportunity to grow,” he continued. “There is an opportunity for MSC to grow in North America but we needed to create both the hardware and the software for the market. That is the vision behind the building of a very new platform and prototype, the MSC Seaside.”

The new ship is the culmination of years of experience in the shipping business, combined with the need to design something unique to the Caribbean to differentiate the brand, Vago said.

“The Seaside is a spirit of our leadership in many ways. We are setting the pace for innovation and we will see many reflections of this platform for years to come.”

Miami will play an important role as the company pushes its way into the North American market, part of a strategic long-term plan, according to Gianni Onorato, CEO.

“It started with the MSC Divina, that was the biggest change,” Onorato told Cruise Industry News. “It was the first time we broke with the legacy of just having a winter ship (in North America) occasionally.” 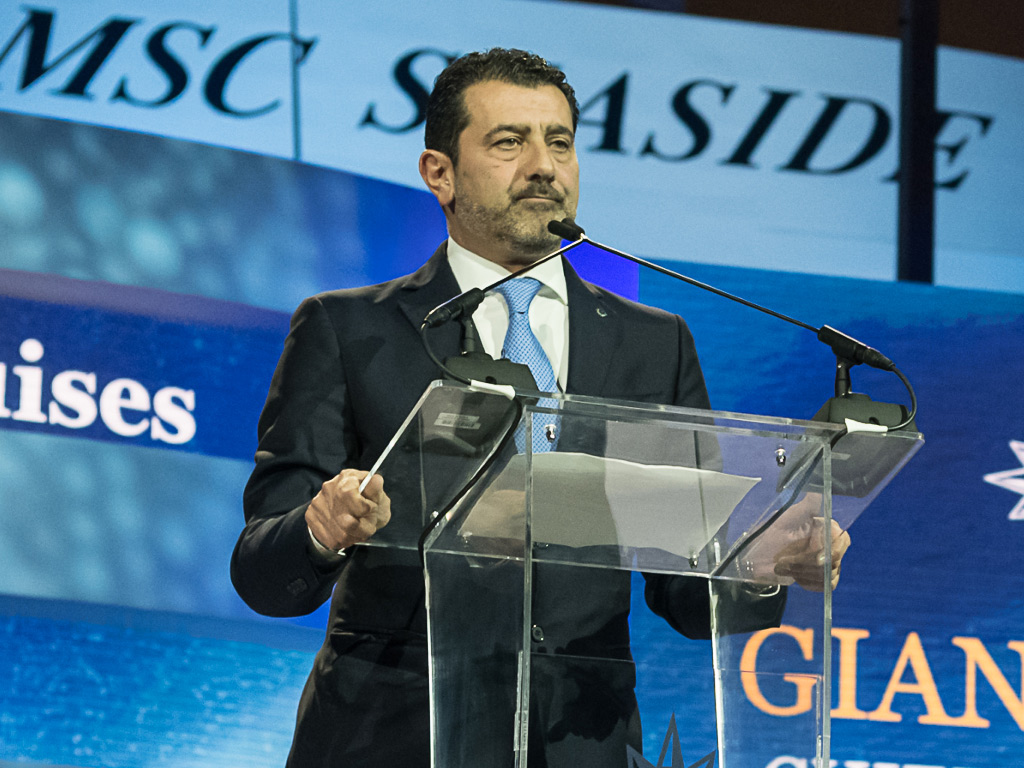 With the company hitting its goal to become the largest single brand in Europe, it opened up more assets to be moved into the North American market, starting with the Divina on a year-round basis, which has now been joined by the Seaside.

“Even with the Divina, Seaside and Meraviglia compared to the size of the North American market, this is a little drop,” he said.

“We will have our piece of the cake,” he added.

The company has spent money, time and a lot of effort to lay the foundation in North America ahead of the Seaside.

A dedicated product team now works out of South Florida in tandem with MSC’s headquarters in Geneva, managing the Seaside’s hotel, food and beverage and crew recruitment, along with other areas. 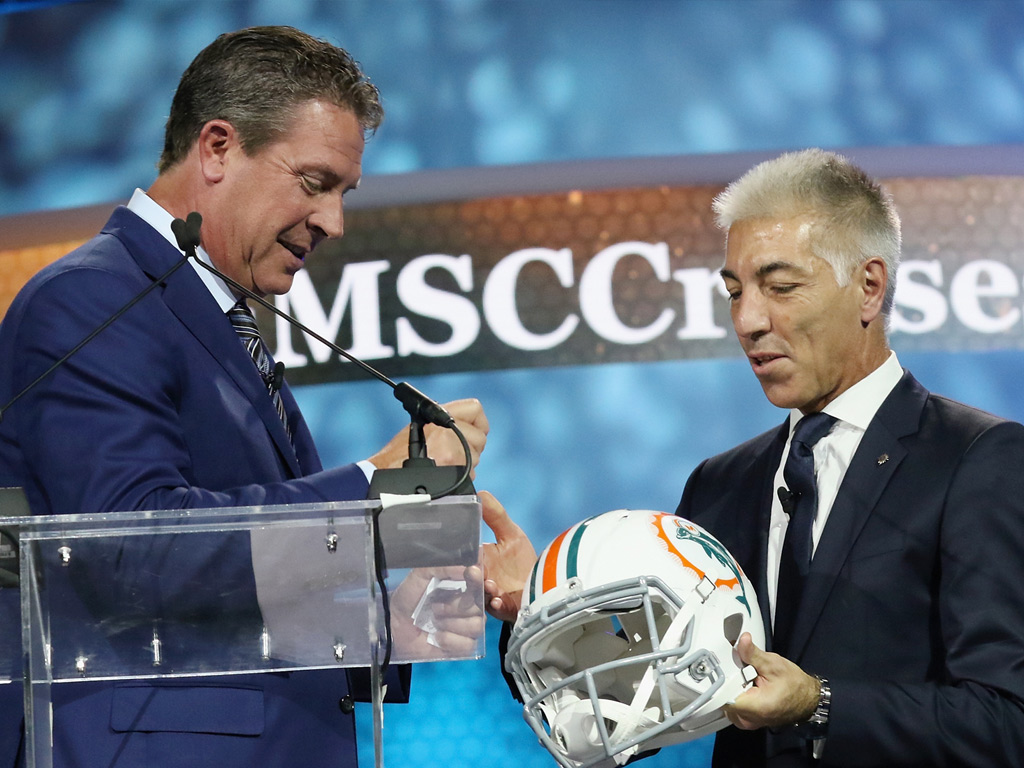 “It allows us to tweak the product for American needs,” Fusaro told Cruise Industry News.

That is all expected to lead to what is most key: generating demand for MSC’s year-round ship in the North American market, and potential plans for much more down the road.

MSC has thus rolled out more TV advertising in North America than ever before, and recently signed a three-year deal to become the official cruise line of the Miami Dolphins.

The marketing drive is also helping to export passengers to MSC ships in Europe.

“We have a significant number of Americans cruising on the new Meraviglia. The advanced bookings from the U.S. for that ship in Northern Europe (summer 2018) are doing very well,” he continued. “The Seaview is also launching in the Med this summer and that is getting a lot of bookings from the U.S.”

The product effort has been driven under the watchful eye of Andrea Gangale, head of product development and guest experience at MSC Cruises.

Gangale described a dining experience targeted to the American market aboard the Seaside, with classic options like the main dining room and not one but two buffets (one is geared toward families), as well as an array of new and customized specialty restaurants. 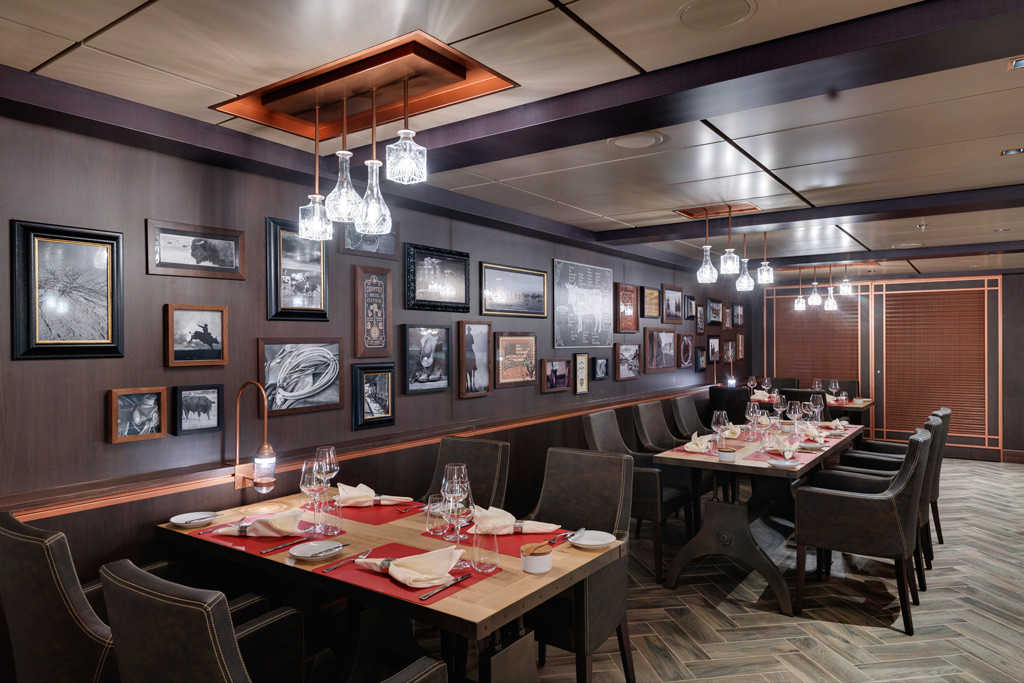 In the main dining room, the menu has been redesigned to appeal to American guests, said Gangale.

Among the big news aboard the Seaside is the Asian Market Kitchen by Roy Yamaguchi, which is split into three distinct eateries, including sushi, teppanyaki and Asian fusion.

“We liked the concept, and wanted to have a partnership with a recognized name in the American market,” Gangale told Cruise Industry News. “He worked with us through the design and drawings, and gave us all sorts of suggestions down to galley equipment.”

A new Terminal F at PortMiami opened well in time for the Seaside’s late December arrival. It will also serve the Divina and come late 2019, the Meraviglia.

“We did Terminal F for the Seaside, and in 2019, we are getting ready to host the Meraviglia,” added Juan Kuryla, port director, PortMiami. “We are looking at substantial growth for MSC here at the Port of Miami.”