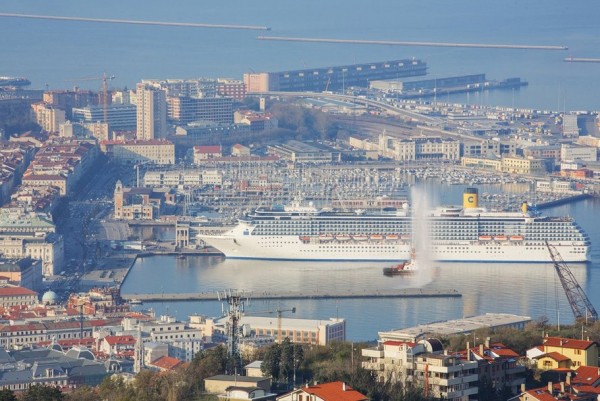 The Costa Mediterranea launched Costa’s summer season in Trieste today with the arrival of the Mediterranea.

85,700-ton, 2,680-passenger ship arrived in Trieste after a transatlantic cruise that departed Miami on March 20. She starts her summer season tomorrow, sailing in the Adriatic Sea.

Costa said that between today and tomorrow, the ship will disembark 1,400 passengers in Trieste and embark 2,200, coming from different countries, including Italian, Swiss, French, German, Austrian and Japanese passengers.

From April 11 through November (2015), the Mediterranea will depart from Trieste every Saturday, for a total of 33 cruises, offering two alternating seven-day itineraries, calling in Croatia, Montenegro and Greece, and starting May 9, also in Venice.