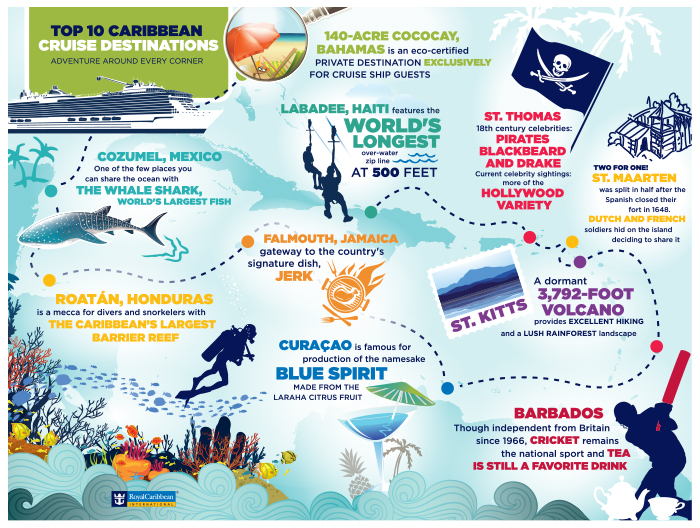 The new Anthem will stay in New Jersey while the Harmony will sail from Port Everglades.

Deployment will mark the Quantum class’ maiden call and season in Bermuda with Anthem of the Seas, and offers a choice of three Oasis-class ships, including the new Harmony of the Seas, all sailing from Florida.

– From Miami, Enchantment of the Seas will sail three- and four-night short Bahamas getaways year-round, while Navigator of the Seas will alternate five-night Bahamas and Mexico with nine-night Aruba, Bonaire, Curacao and Labadee cruises in the winter.

– Allure of the Seas will then be joined by the Harmony of the Seas to offer a seven-night Eastern and Western Caribbean itinerary for winter 2016-17. Oasis of the Seas, meanwhile, will reposition to its new winter home of Port Canaveral.

– For the winter 2016-17, Oasis of the Seas will sail from Port Canaveral, alternating a seven-night Eastern and Western Caribbean itinerary. Rhapsody of the Seas will take over three- and four-night Bahamas cruises from Enchantment of the Seas.

– Freedom of the Seas will continue alternating seven-night Eastern and Western Caribbean itineraries during the summer 2016, and then reposition to Port Everglades for its new winter season.

– From Tampa, the Brillance will offer four- and five-night Western Caribbean cruises.

– Liberty of the Seas will continue its year-round deployment sailing from Galveston, Texas.

– There are also year-round sailings from San Juan, Puerto Rico, aboard Adventure of the Seas. In the winter, Jewel of the Seas also will homeport at San Juan and sail to the Southern Caribbean.