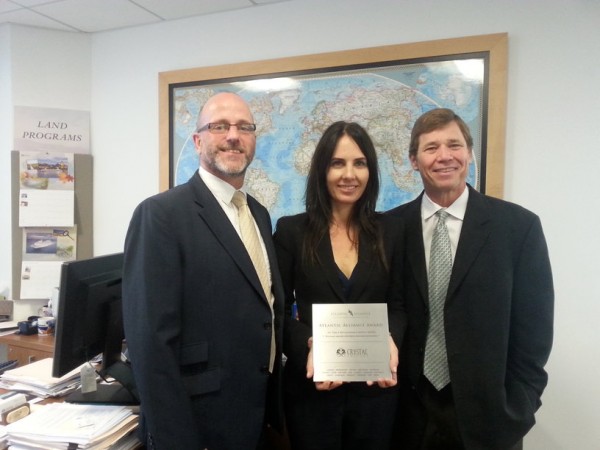 The Atlantic Alliance has given Crystal Cruises its “Triple A – Award” for 2015, which it presented to Crystal in Los Angeles last week.

Each year the Atlantic Alliance awards cruise companies that have made a particularly significant contribution to the region with its “Triple A – Award”.

For 2015, the Atlantic Alliance chose to honor the luxury operator which has maximized its destination involvement by spending on average, the longest time in port per call and hence contributing to the region. “We consider that the longer a ship stays in port, the higher the contribution its makes to the port, destination and to the local community,” said Nadine Palatz, marketing manager of the Atlantic Alliance.

The alliance is a group of 18 Atlantic European cruise ports, representing a region that extends from northern Germany to southern Portugal, including Great Britain and Ireland. It enables all cruise lines and their guests to visit top tourist destinations each with their own unique identity.